Happy almost-New Year!! As we close the year that many of us would rather forget, I want to wish you a very happy and prosperous 2021. But before we get there, there’s still November’s data to review.

As is typical, the San Francisco real estate market slows down in November as we head into the winter and holiday months. As a result new listings decreased, though there were still more than last year. Inventory remains high, particularly in the condo segment of the market. This is good news for buyers wanting to take advantage of low interest rates as they have more to choose from and more negotiating power than they’ve had in years. The good news for sellers in November was home prices rose and months supply of inventory declined compared to October. 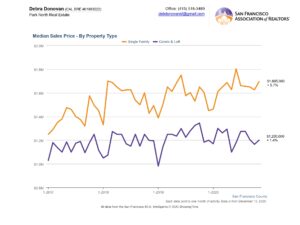 As they are wont to do as we approach the holidays, new listings declined month over month. However they remained above last year, with a 16% increase in new single family home listings and a 6.4% bump in condo and loft listings. 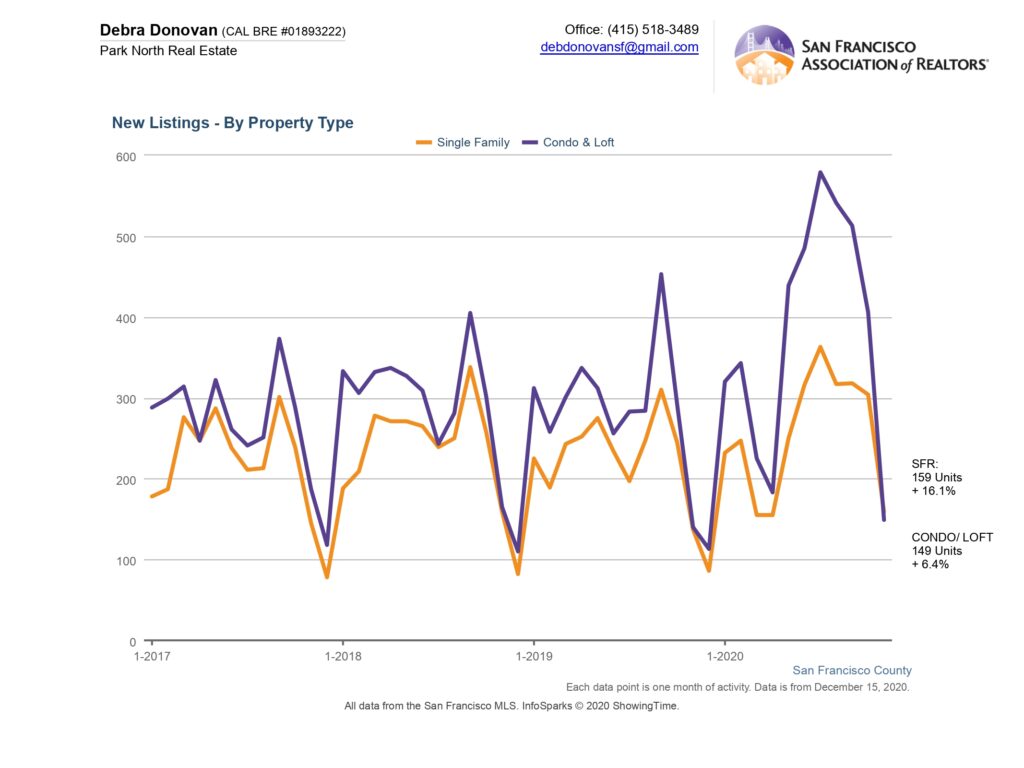 Overall active listings remain elevated compared to last year, but particularly for condos and lofts, which were up 91% year-over-year. Single family home active listings were up over 20%. But both were down compared to October, as new listings slowed and existing homes sold through. 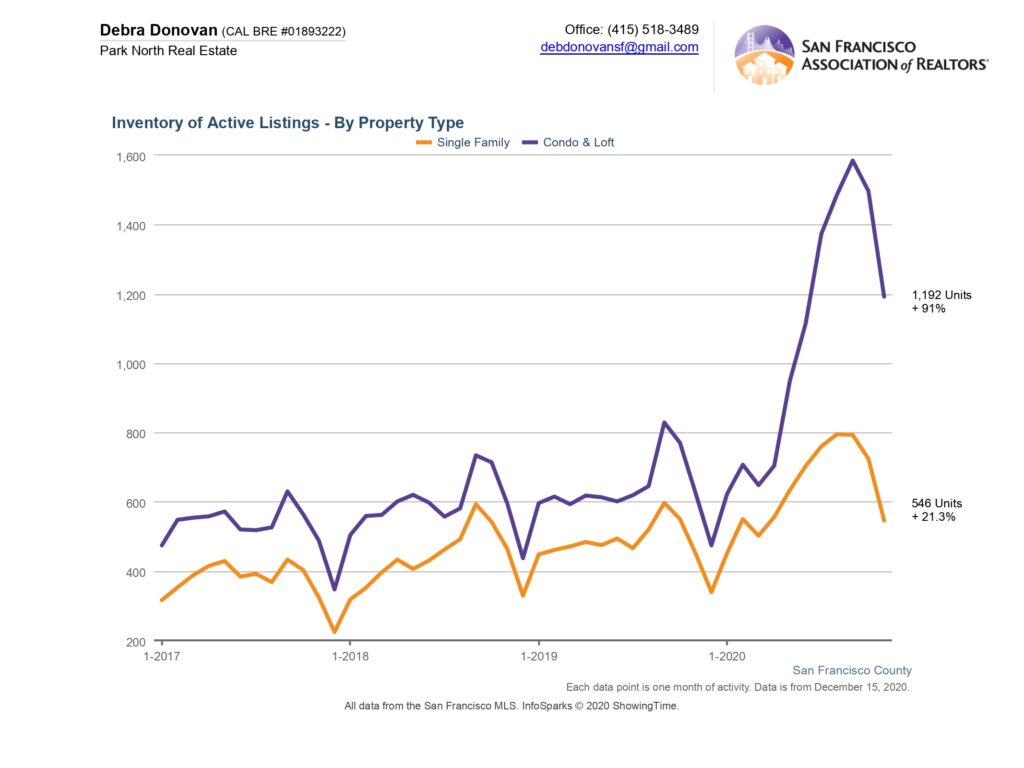 The number of sold listings were up for all properties compared to both last year and last month. Single family home sales were up 27%, while condo and loft sales were up almost 22%. Sold data really represents what was going into contract 30-45 days prior. 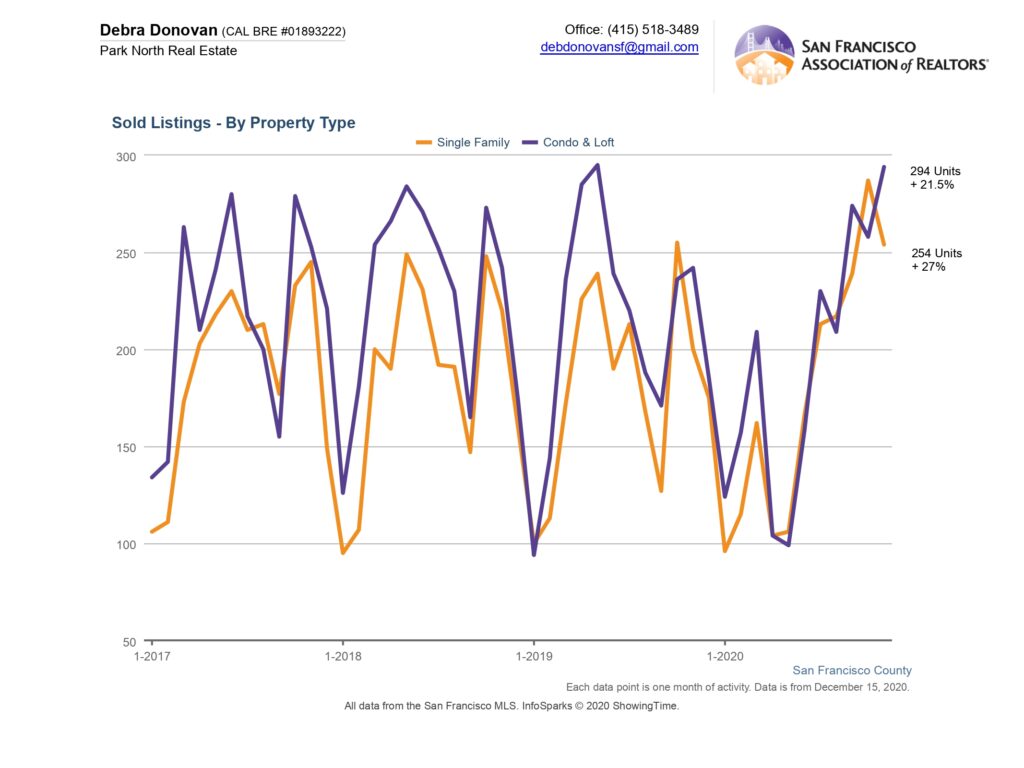 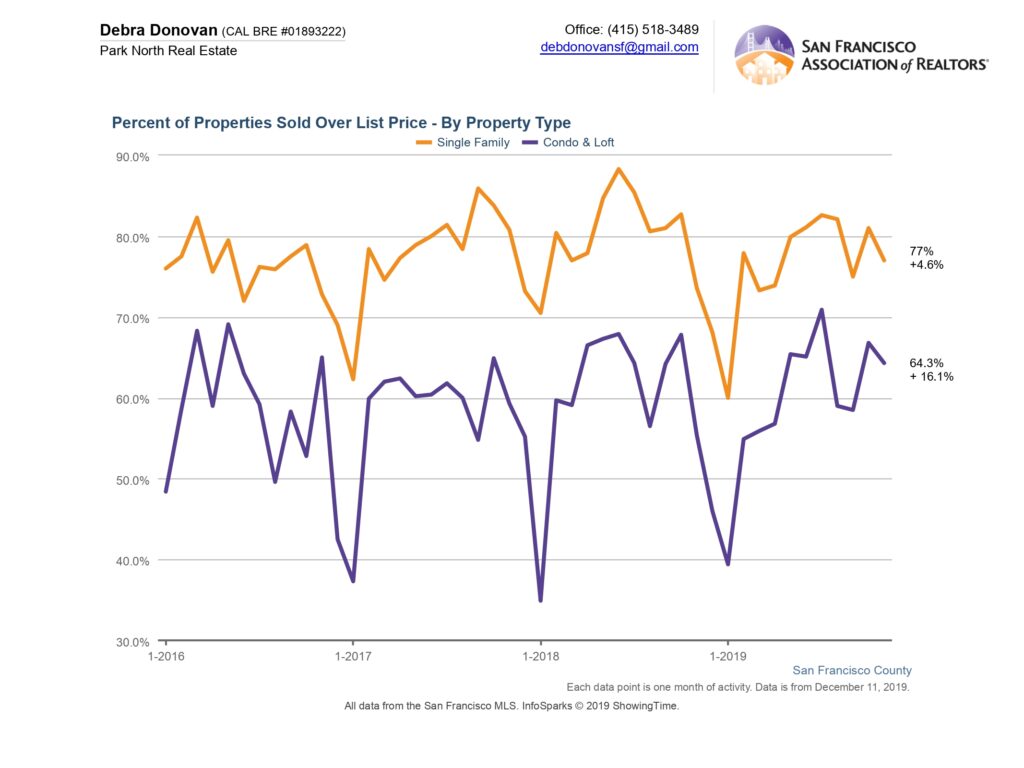 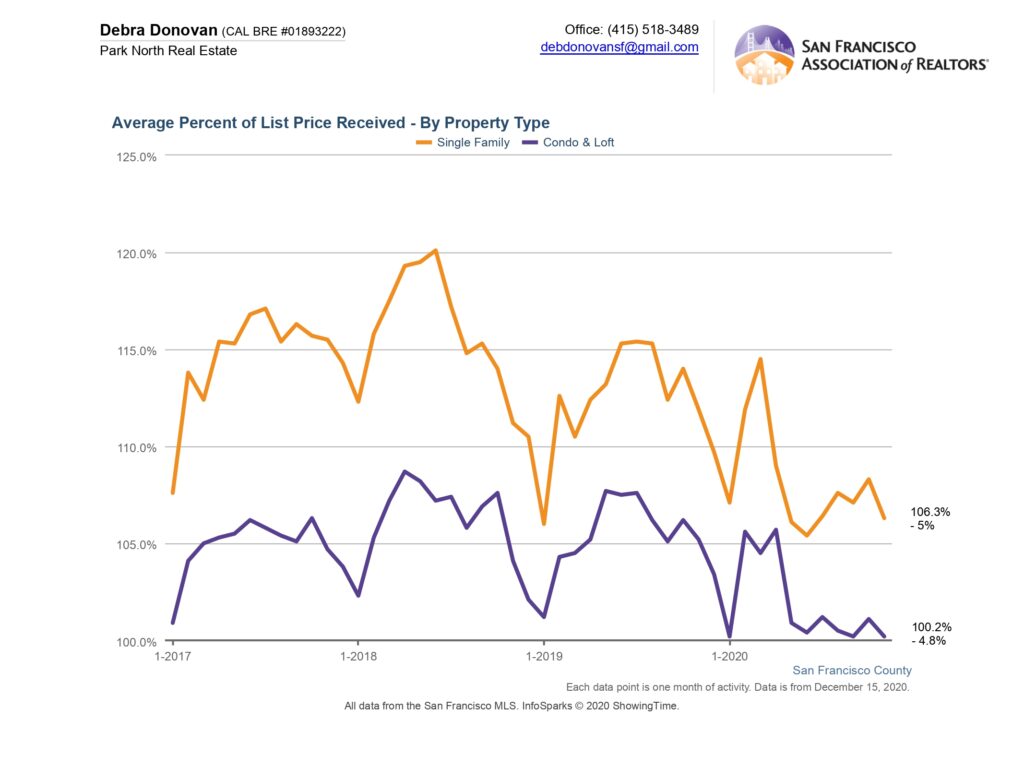 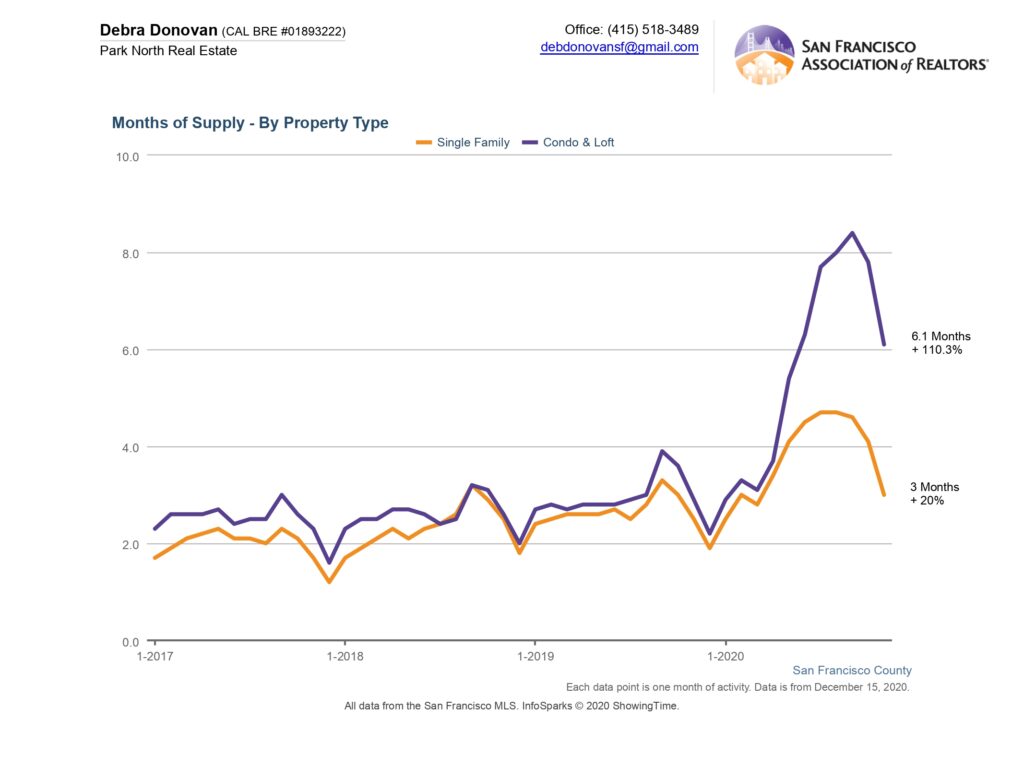 On average, single family homes spent 32 days on the market before accepting an offer, up 1/3 compared to last year. Condos and lofts spent an average of 48 days on market, up over 45%. As inventory increased and buyers had more options this year, properties (though not all) have stayed on the market longer. 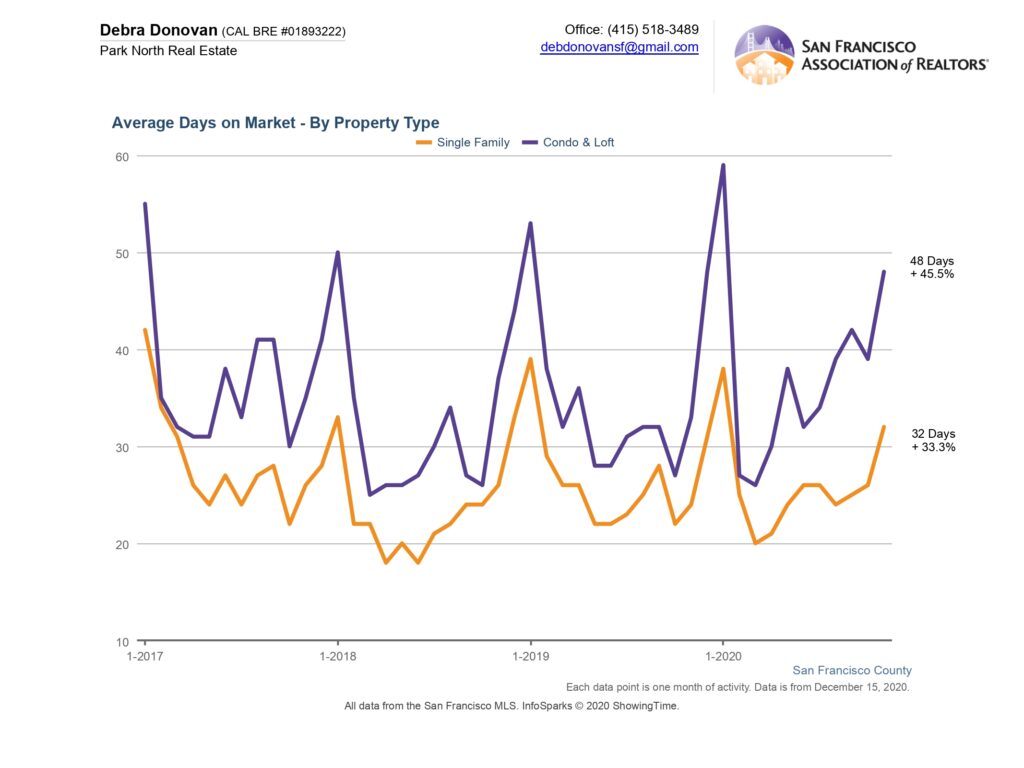