Generally speaking, San Francisco home sellers did quite well in 2018. The median price for single family homes grew 13% year over year, and condos and lofts median prices grew almost 5%. Homes sold rather quickly and most for more than their list price. Here’s how the year shook out:

The median sales price for 2018 reached $1.6 million, up 13% compared to last year as previously stated. The almost 5% bump for condos and lofts brought their median price to just over $1.2 million. 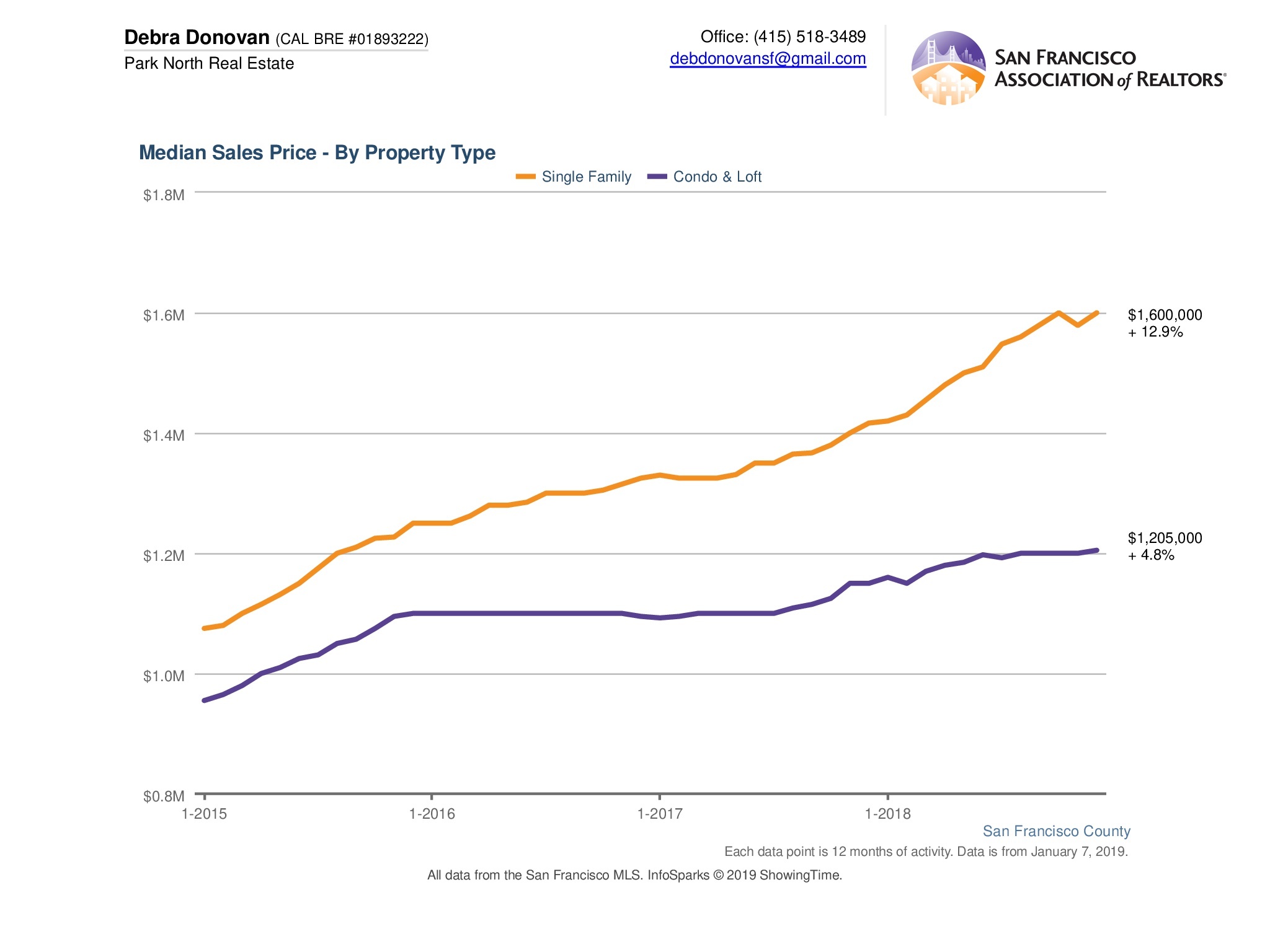 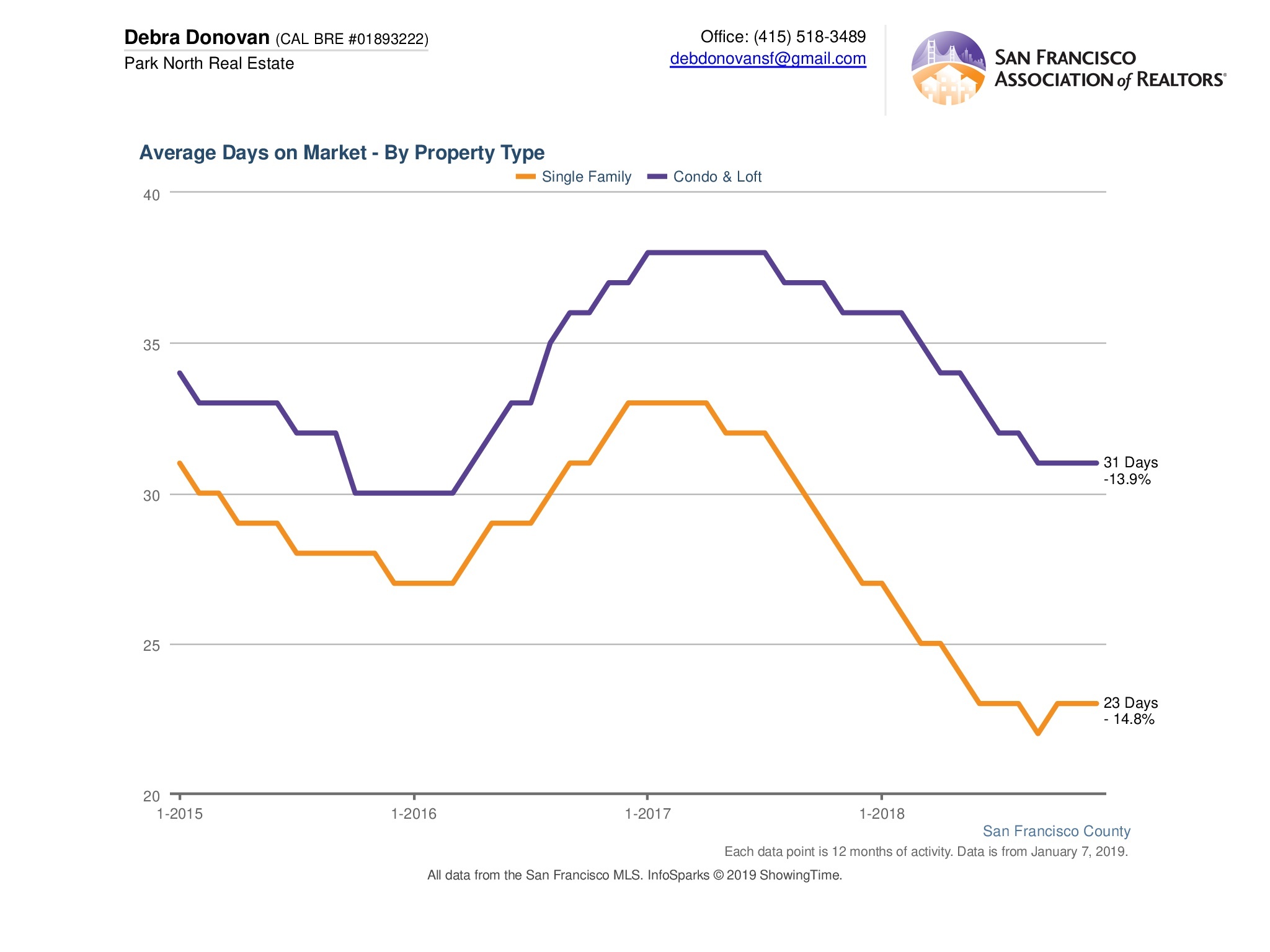 The majority of homes continued to sell over their list price in 2018. 80% of single family homes  and 61% of condos and lofts sold for more than their asking price. Both were a slight increase compared to 2017. 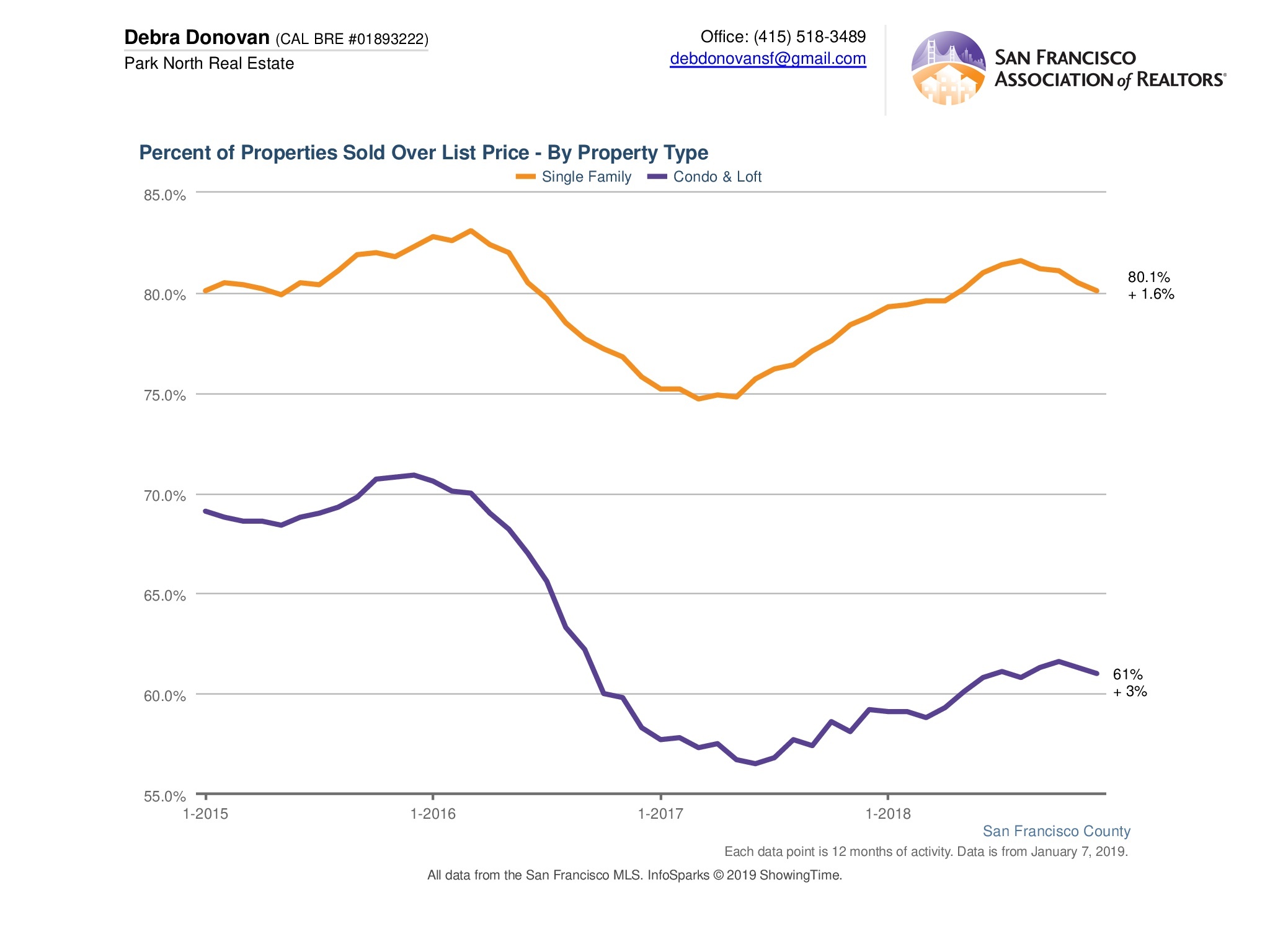 The average percentage of list price received for both single family homes and condos/ lofts remained pretty steady for the second half of 2018, though it’s still up a tad for the year compared to 2017. On average, single family homes sold for 116% of their list price, up just .8% compared to the previous year. Condos and lofts sold for an average of 106.5%, 1.3% higher than 2017. 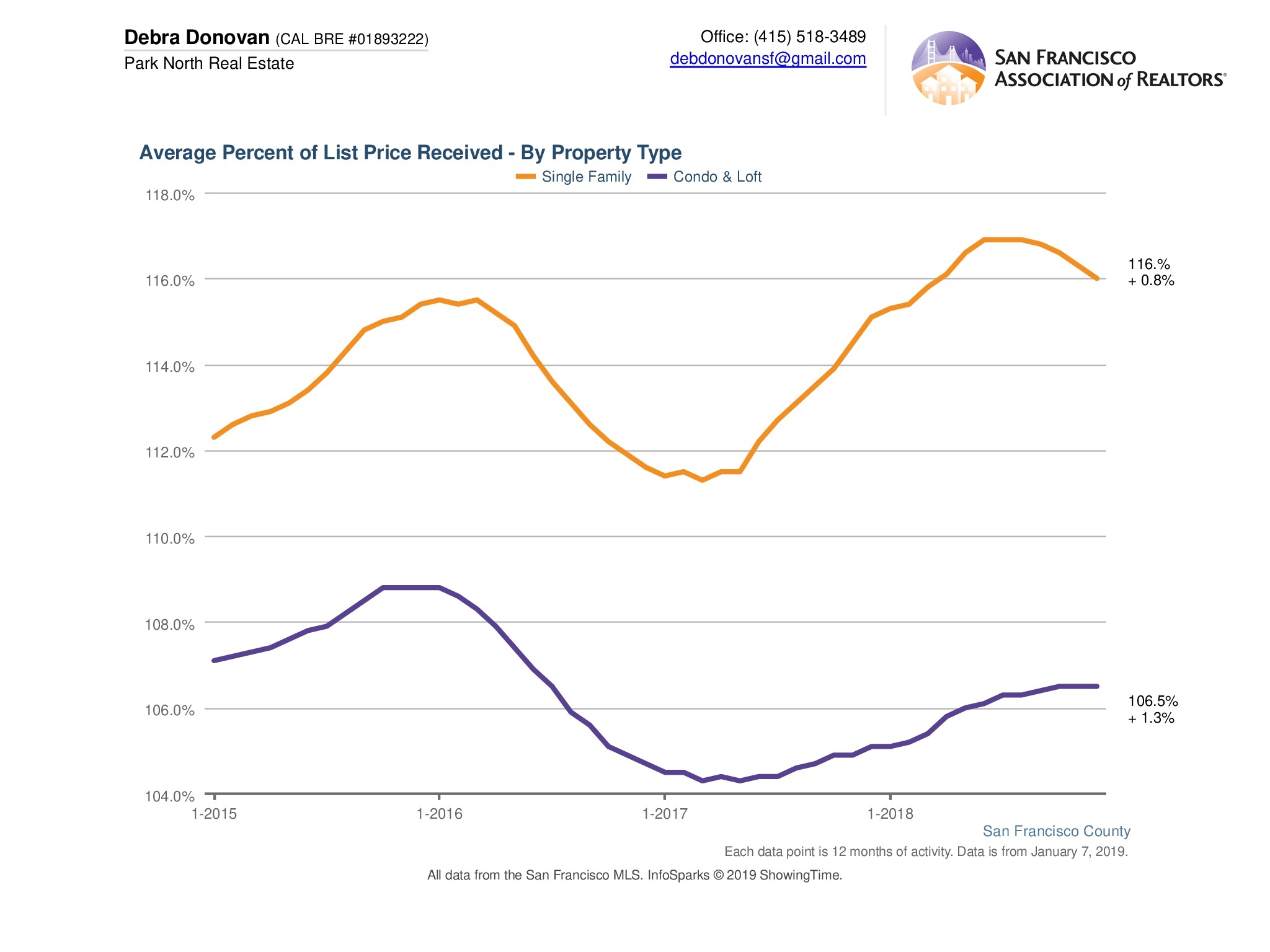 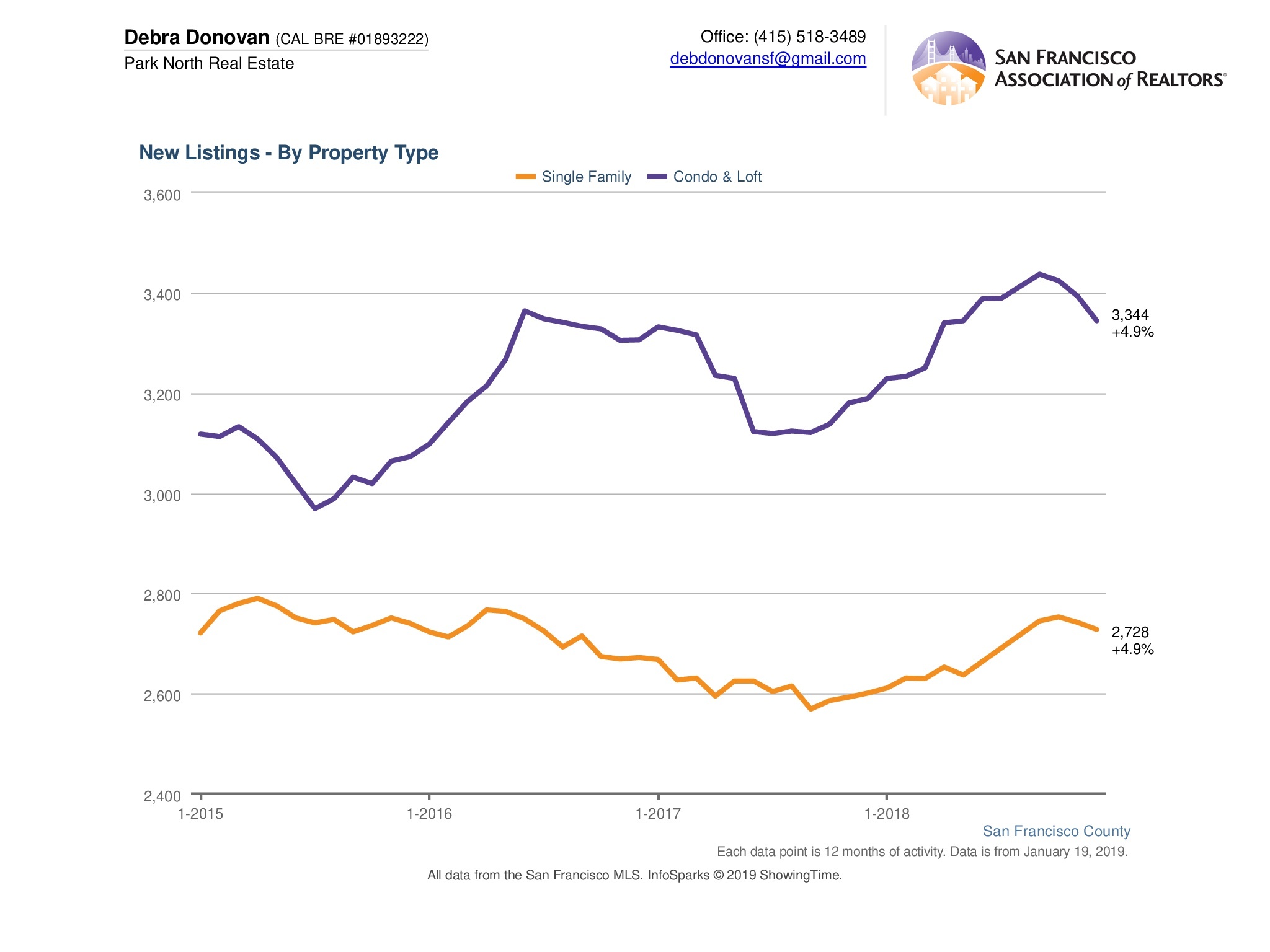 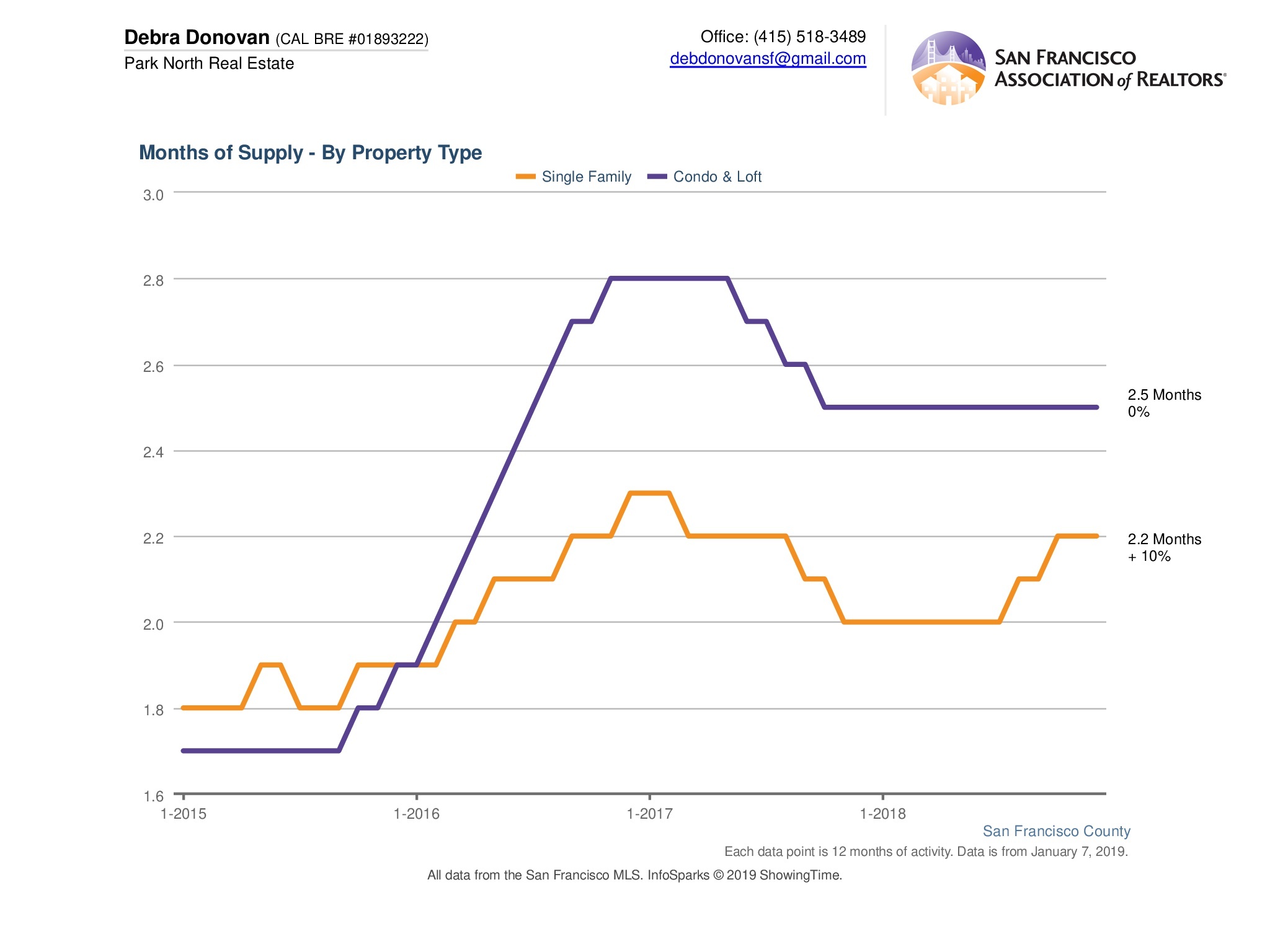