After months of hearing that interest rates were expected to rise, we are now seeing that come to fruition. Last week the 30-year fixed rate hit the highest it has been in 7 years. Rates have since fluctuated a bit (for example, on the morning of this writing they went down). Still, overall, most are expecting rates to continue to rise. This doesn’t seem to have affected buyer activity thus far, but a 1/2 or full point on a mortgage can make a big difference, so that may change if rates continue to climb.

Here are the numbers for April: 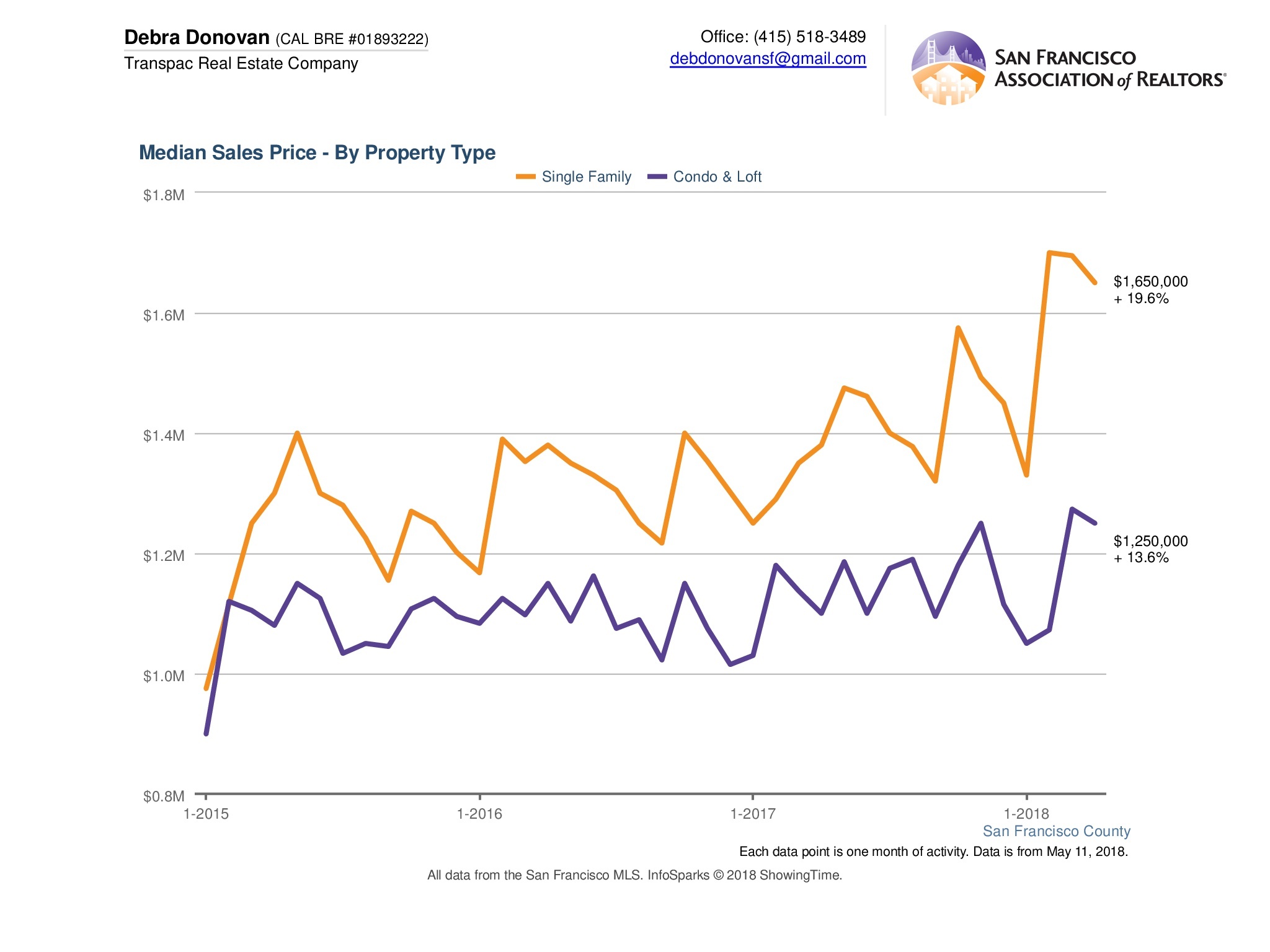 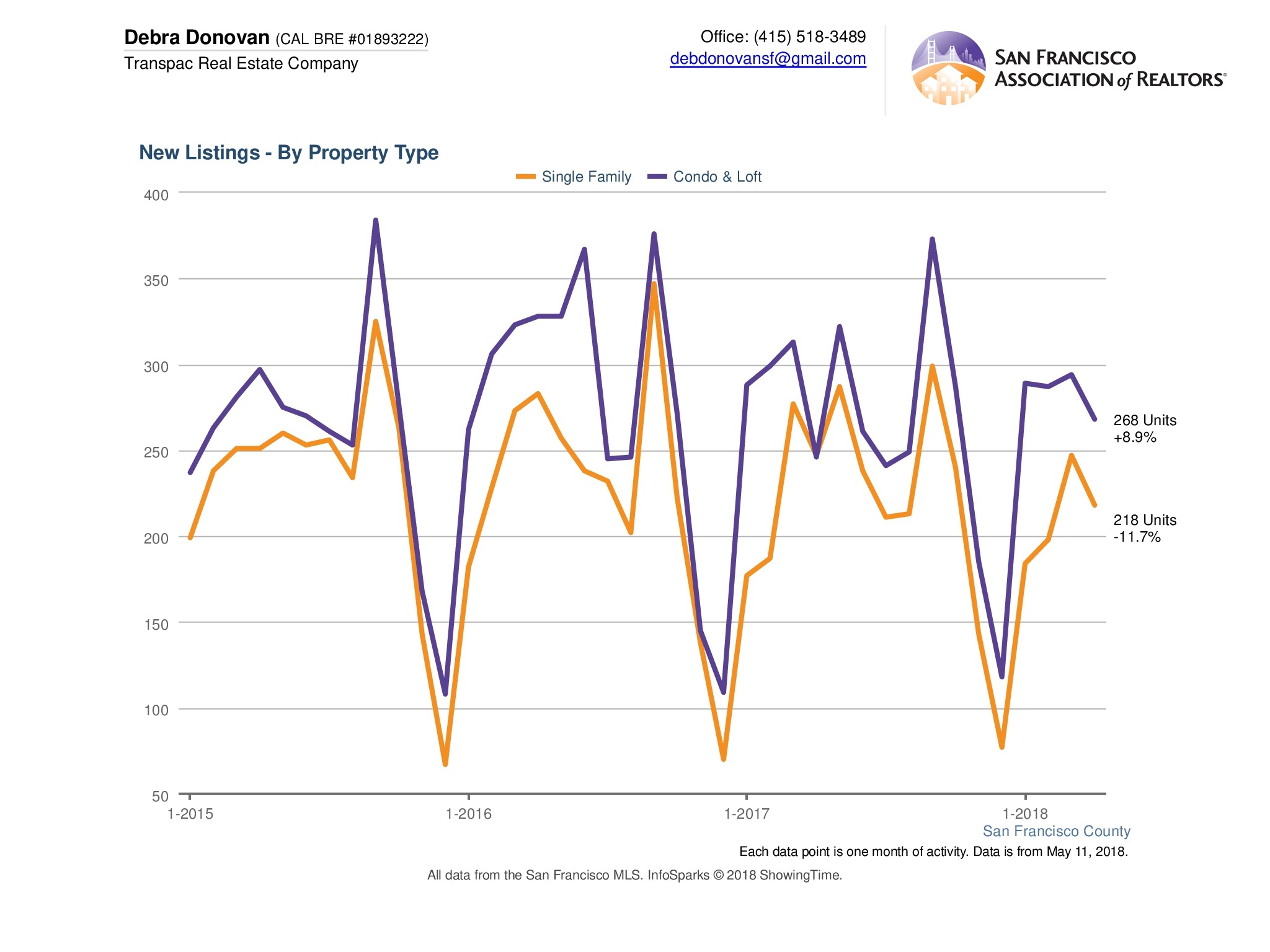 Almost 78% of single family homes sold for over their list price in April, up slightly compared to last month as well as April of last year. Over 67% of condos and lofts sold over their asking price, up 8% compared to the same month last year. With so few homes on the market, buyers are willing to compete aggressively for properties. 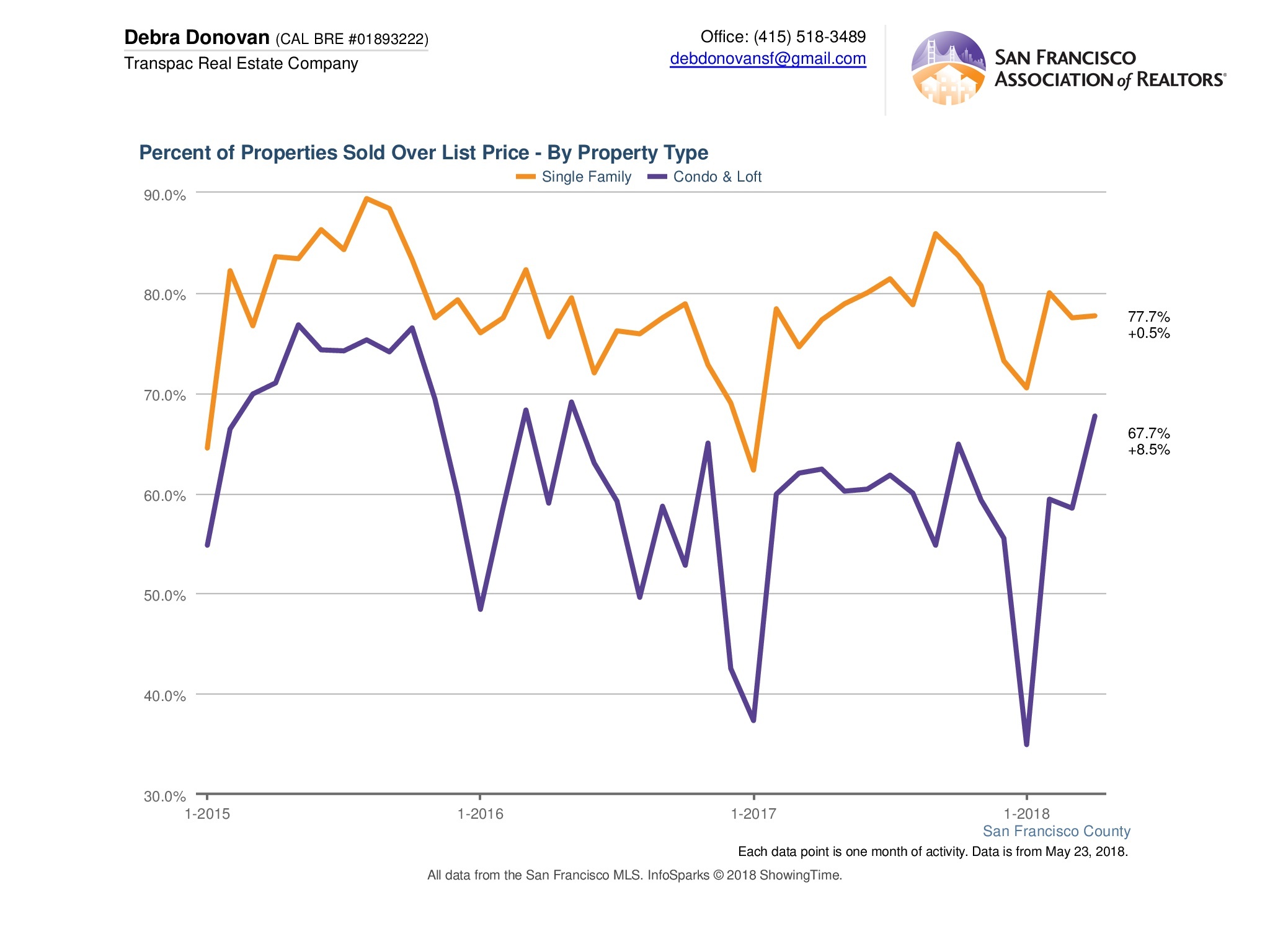 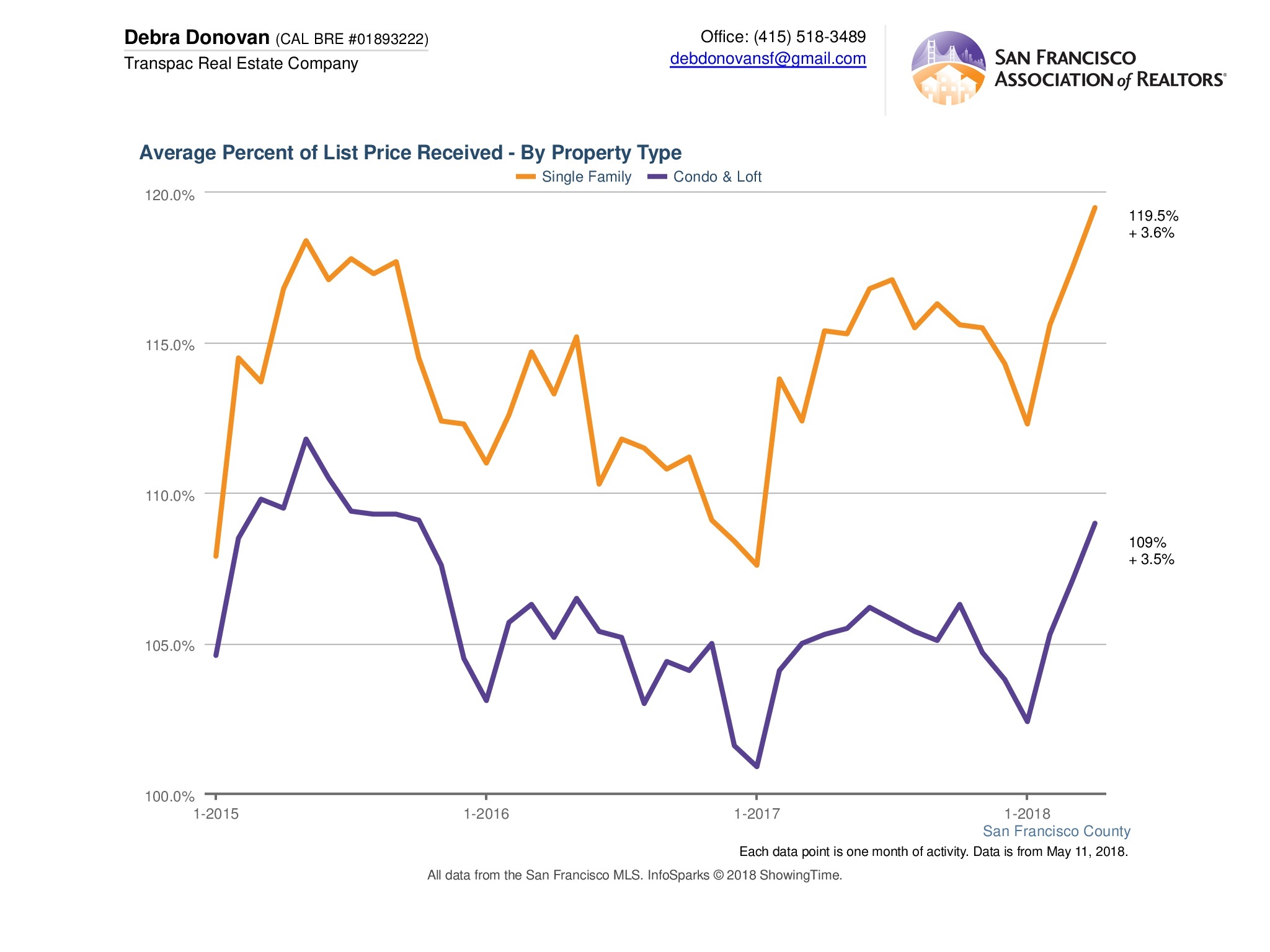