The first quarter of 2017 has officially ended. The San Francisco the real estate market stayed relatively flat for the quarter, which is not surprising given the insane weather we’ve experienced, and that Q1 is typically rather tame coming out of the holiday season. On March 15, the Fed raised its rate, which caused most lenders to raise interest rates in advance. So far, this does not seem to be a big deterrent to home buyers. Rates continue to remain at historic lows.Click Here for the 200 Year Historical Rates On 30-Year Fixed-Rate Mortgage Chart

Wishing you and yours a very Happy Passover and Easter!! 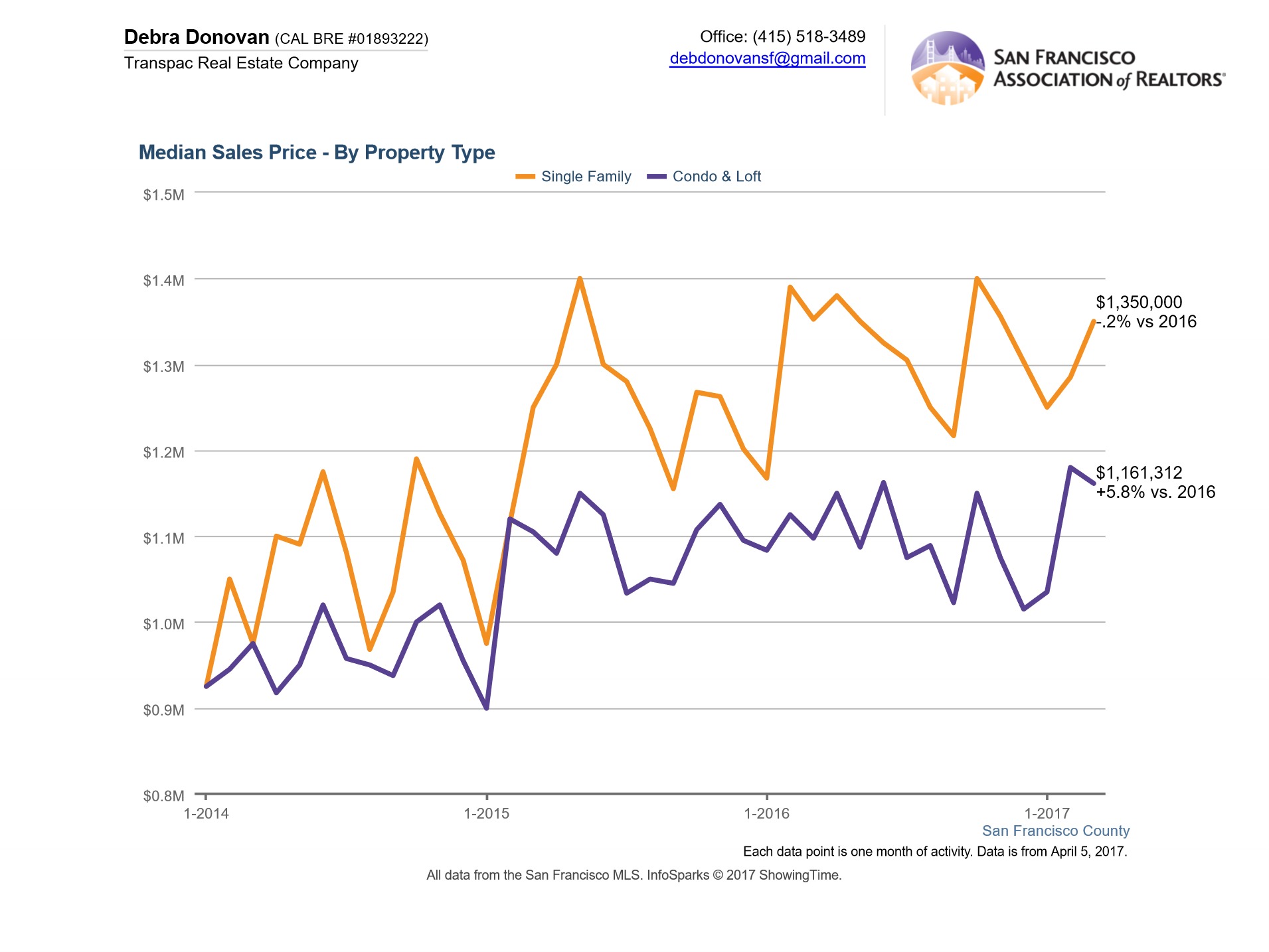 The single family home market continues to be brisk with the median percentage of list price received at 109%. This is down, about 2%, from March 2016 and about 4% from February. Condo resales, on the other hand, ticked up ever so slightly (.8%) from February to March and ended up at 102%. This is  slightly less than March 2016 percentage of list price received.

This is not to say that every home sells over the asking price. In fact, since mid-2015 there’s been a slow decrease in the percentage of homes that sell over their asking price. In March of this year, 74% of single family homes and 63% of condos and lofts did, compared to almost 9 out of 10 single family homes and over 75% of condos/ lofts heading into Fall 2015. When selling a home, it’s still important to be strategic about price. 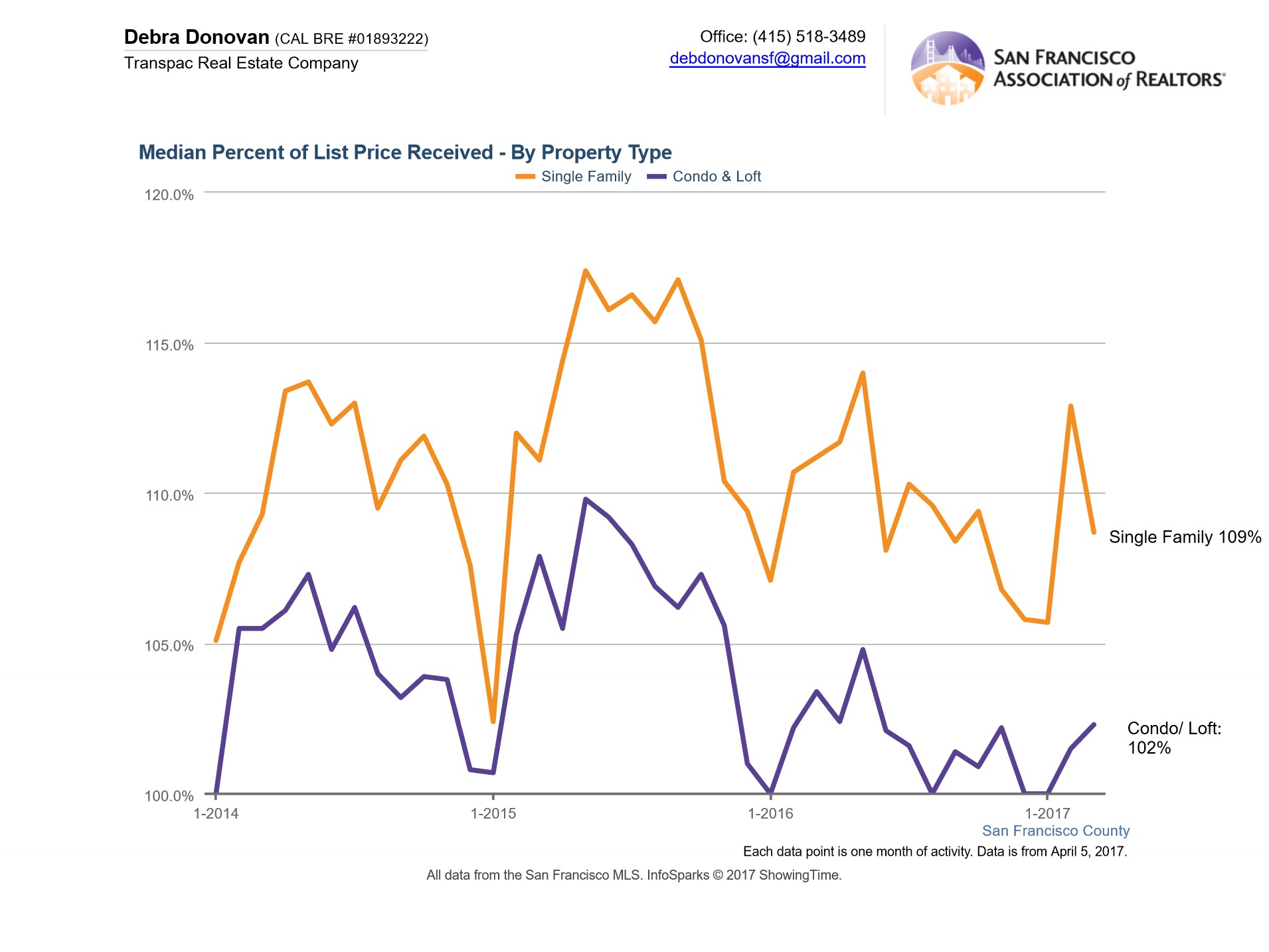 Some things never seem to change and in San Francisco real estate, that’s been a lack of inventory. After the usual holiday slowdown, the number of homes for sale has increased but overall inventory remains low. Single family homes on the market increased a bit compared to last month (218 vs. 165 in February), but condos saw a small decline in new listings in March (237 vs. 262 in February). This does not include newly constructed projects, which are usually not listed on the MLS. There have been rumblings that more homes will come on the market in April, so we’ll see if that comes to fruition. 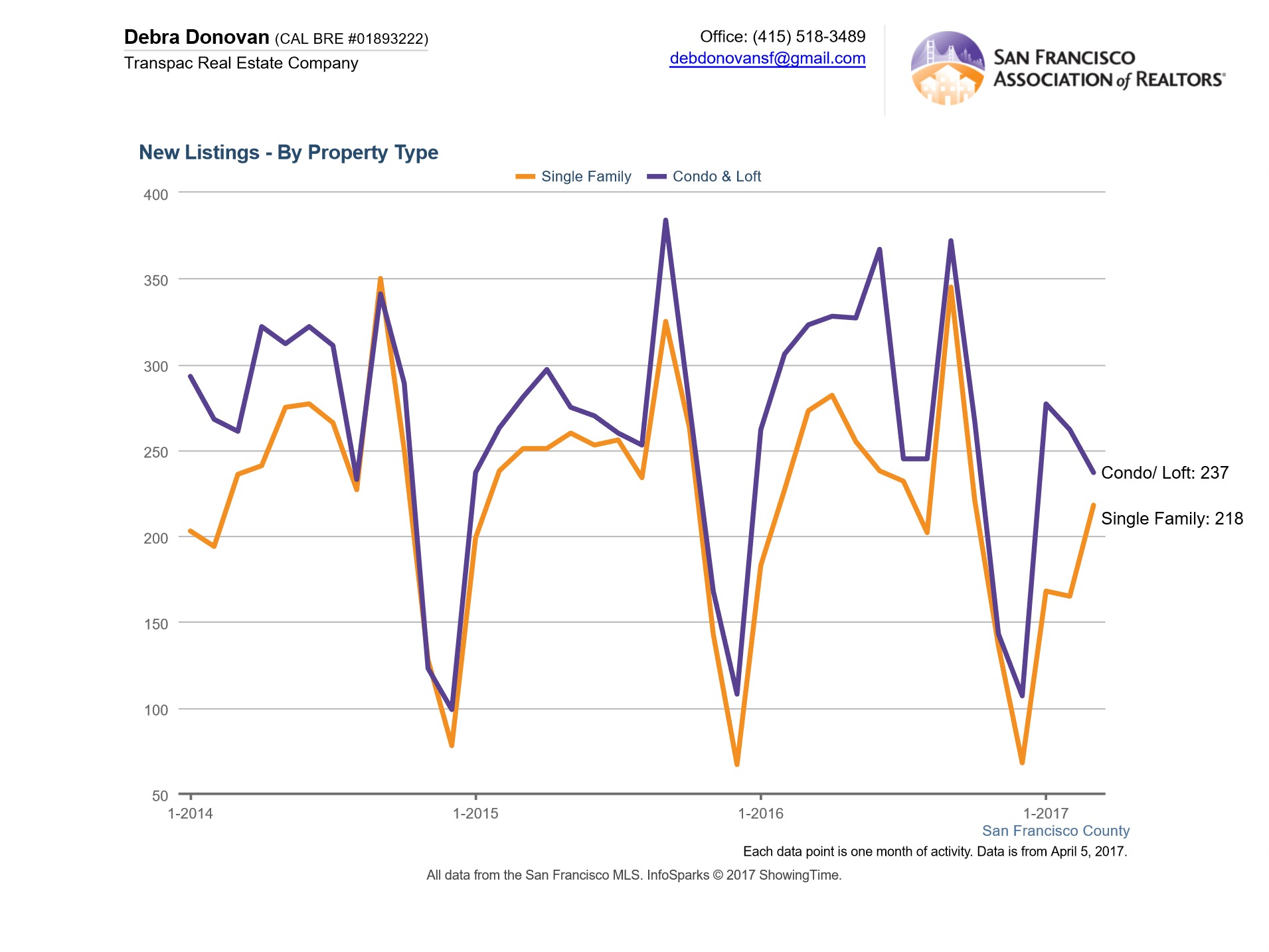 If you would like more detail on a particular neighborhood, please let me know.

The fine print: All information deemed reliable but not guaranteed or warranted. Data comes from MLS so does not include off-market and most new construction condo sales. The San Francisco real estate market is dynamic so statistics can change on a daily basis. These statistics are meant to be a snapshot of the time they were pulled.