We are officially in what we call the Summer Doldrums. Whereas in other parts of the country, summer is one of the busiest months for real estate here in San Francisco it is among the lightest, with only the holiday season being slower. Perhaps it’s the fog and chillier weather that compels people to get out of the city in search of summer heat. Whatever the reason, keep this in mind while reading some of the below statistics.

Median prices for single family homes remained relatively flat in June, though they rose 11% compared to the same month last year. Condos and lofts also languished at $1,187,500, down from May’s median sales price but up almost 8% compared to June 2017. 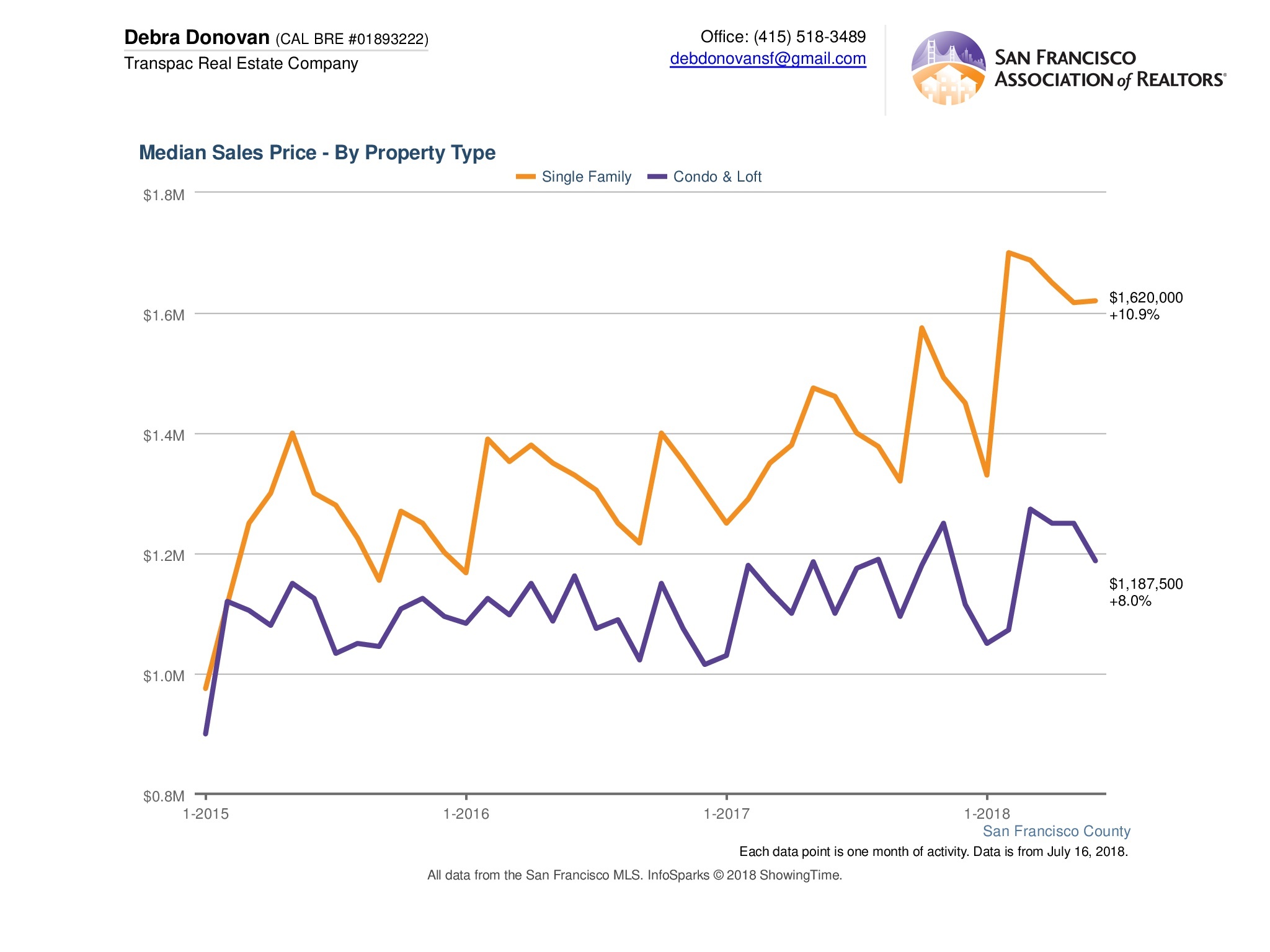 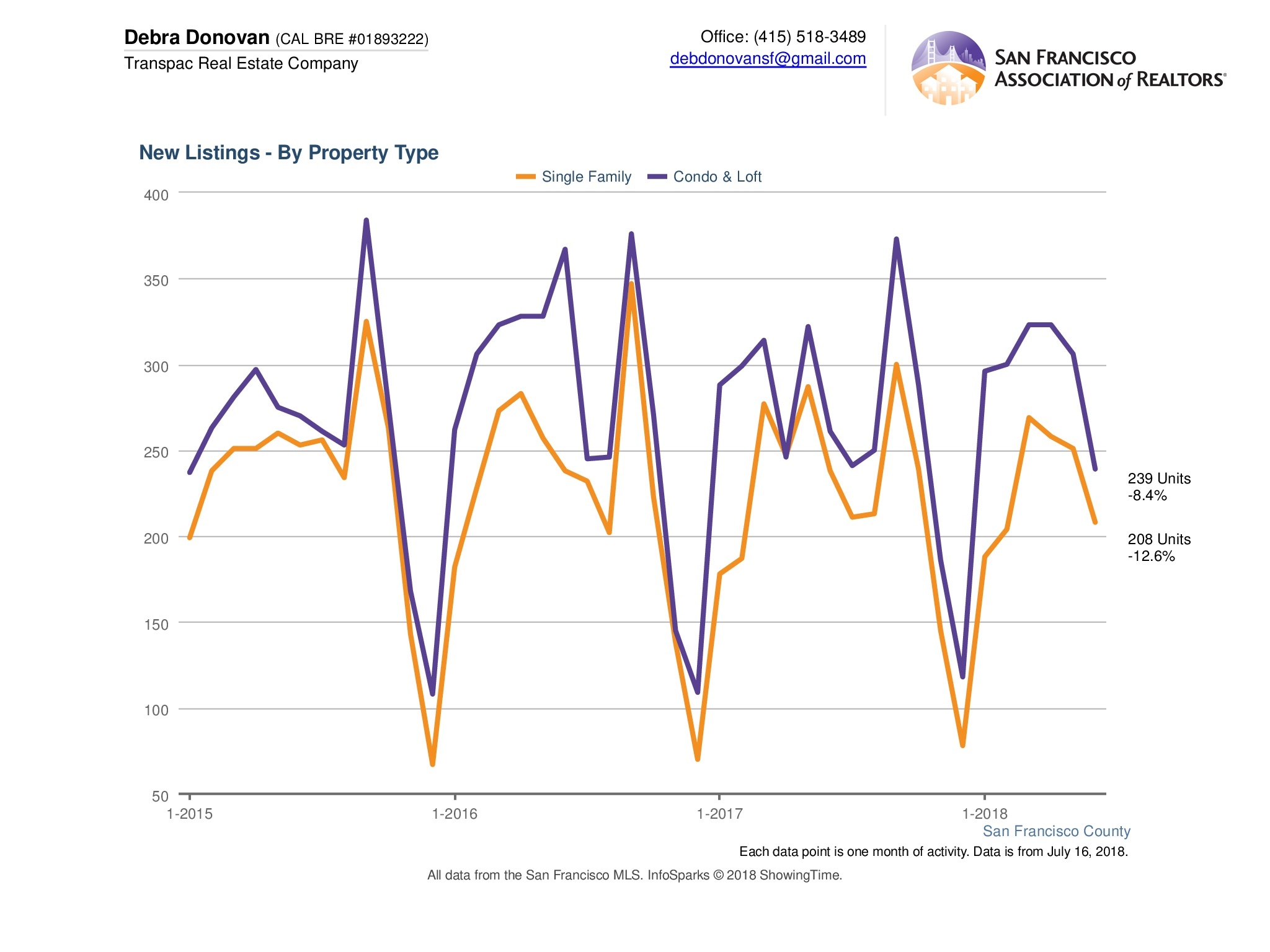 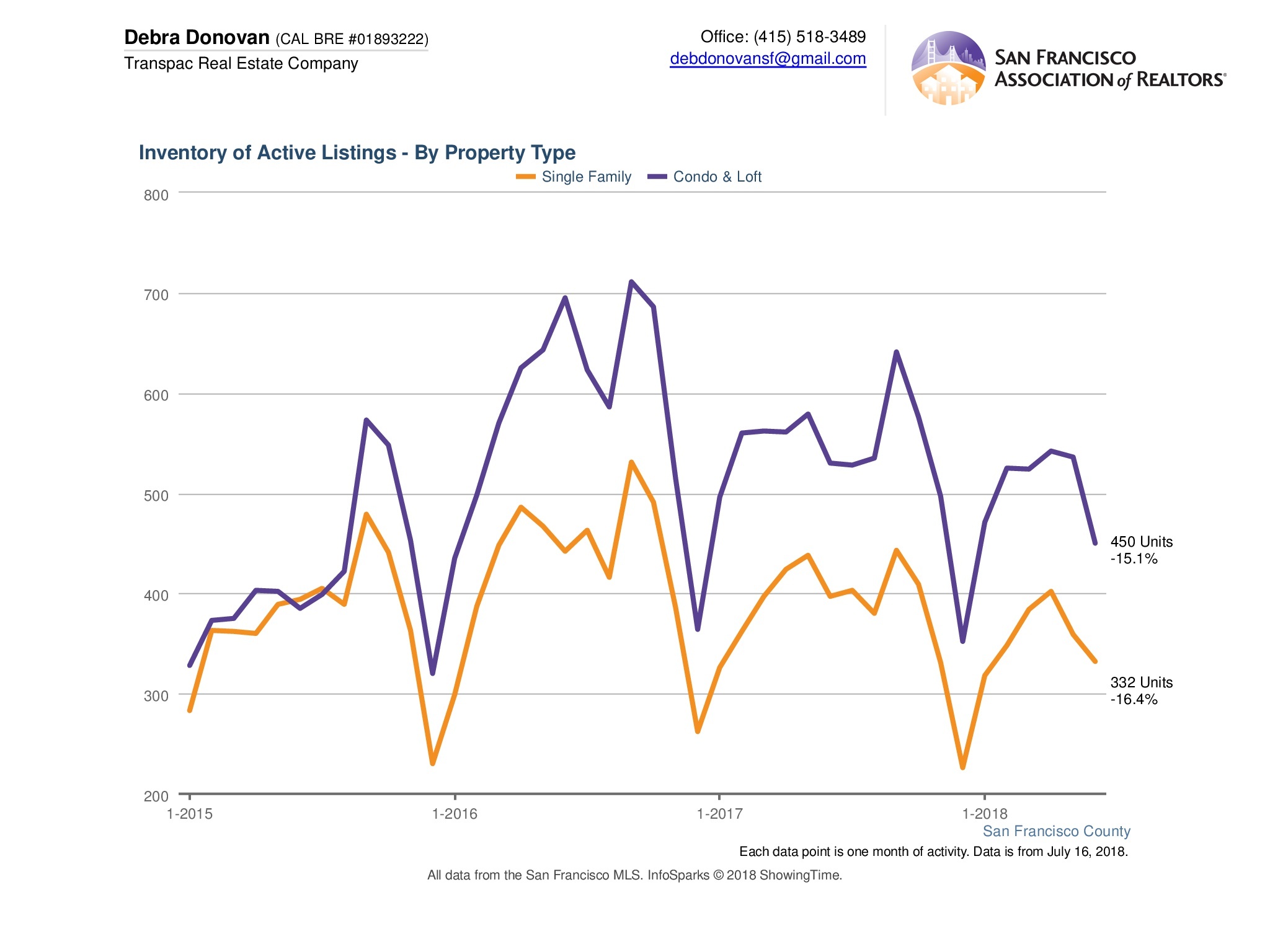 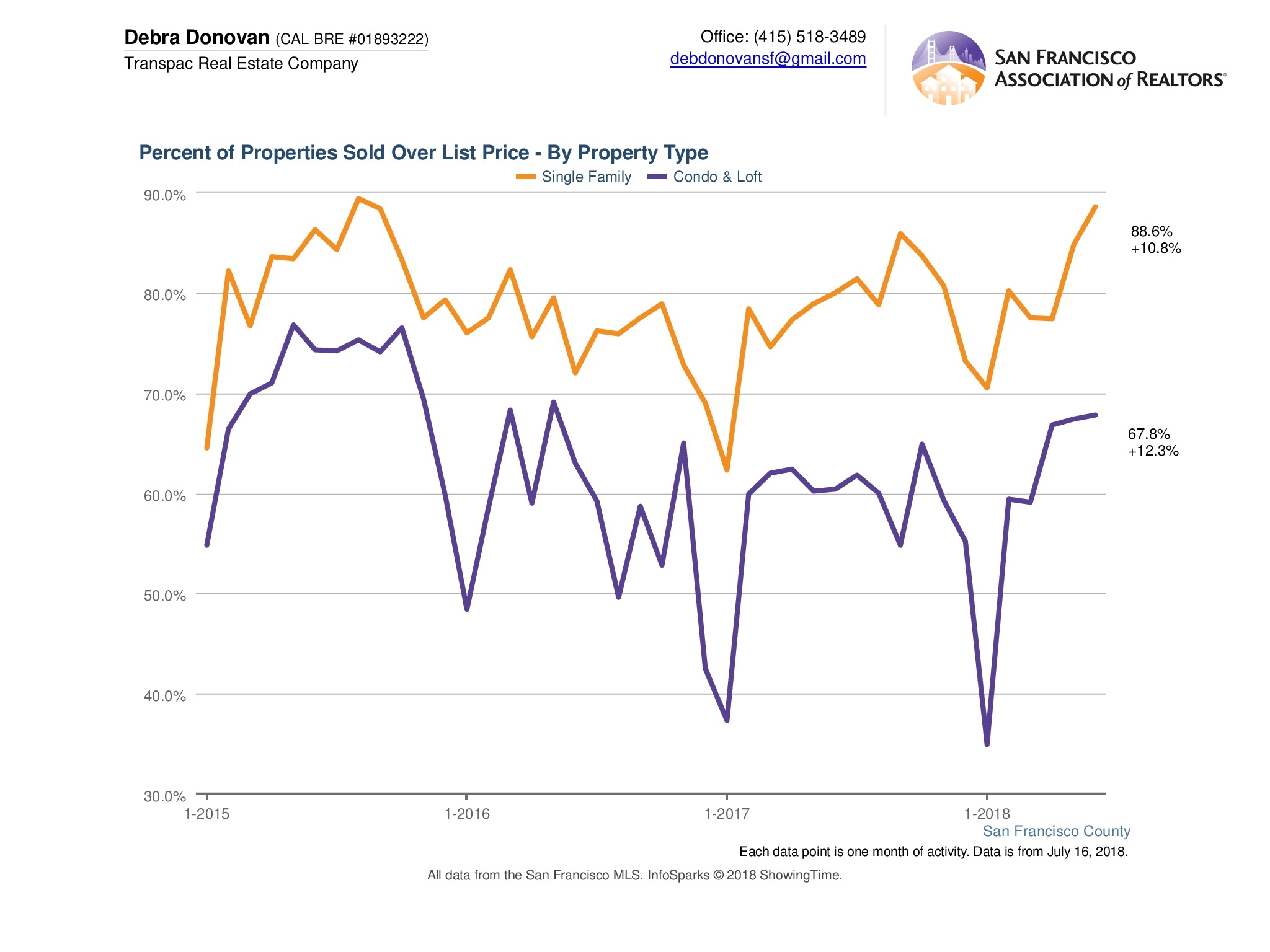 If you need further proof that single family homes are flying off the proverbial shelves, look no further than the average percentage of price received in June. Single family homes sold for an average of 20% over the list price, the highest percentage in the 10 years that I looked back. Condos and lofts, which have seen some relief thanks to new construction, sold for an average 7% over their asking price, a 1% increase compared to June 2017. 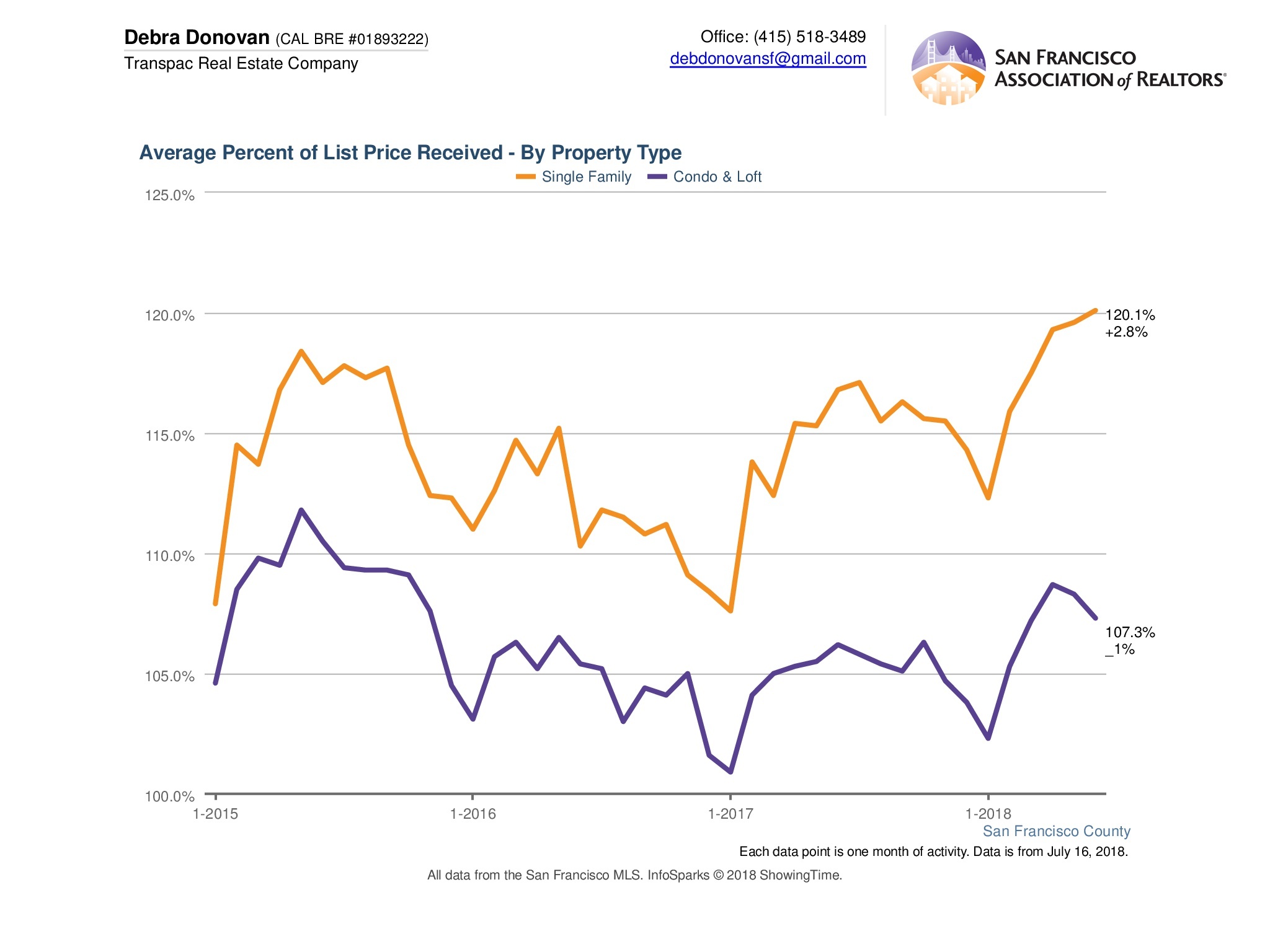 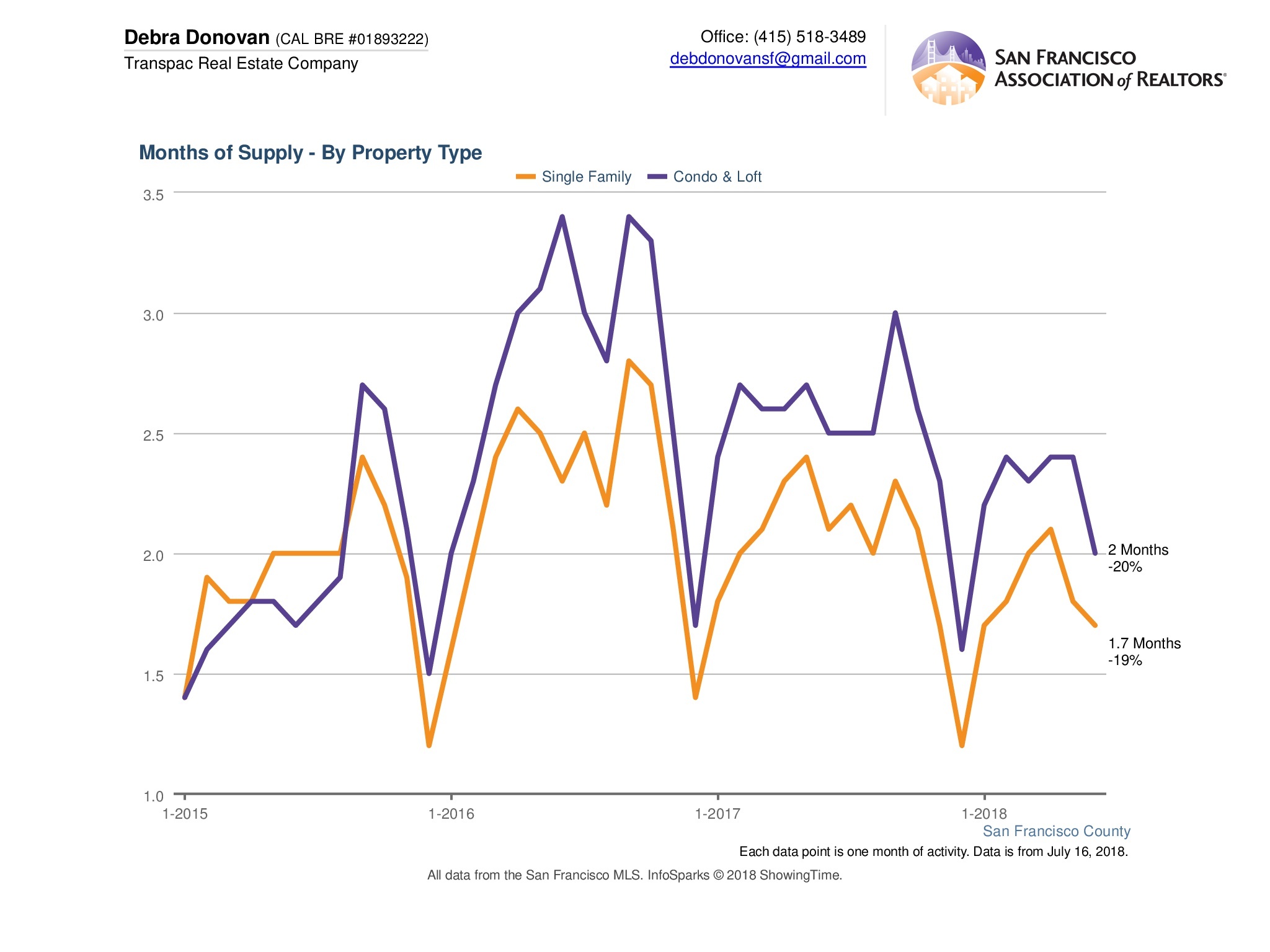 Single family homes plunged to an average of 18 days on market in June, a whopping 33% decrease from the same month last year. Condos and lofts averaged 27 days on the market, a 29% decrease from June 2017. Limited inventory is resulting in homes being scooped up quickly. 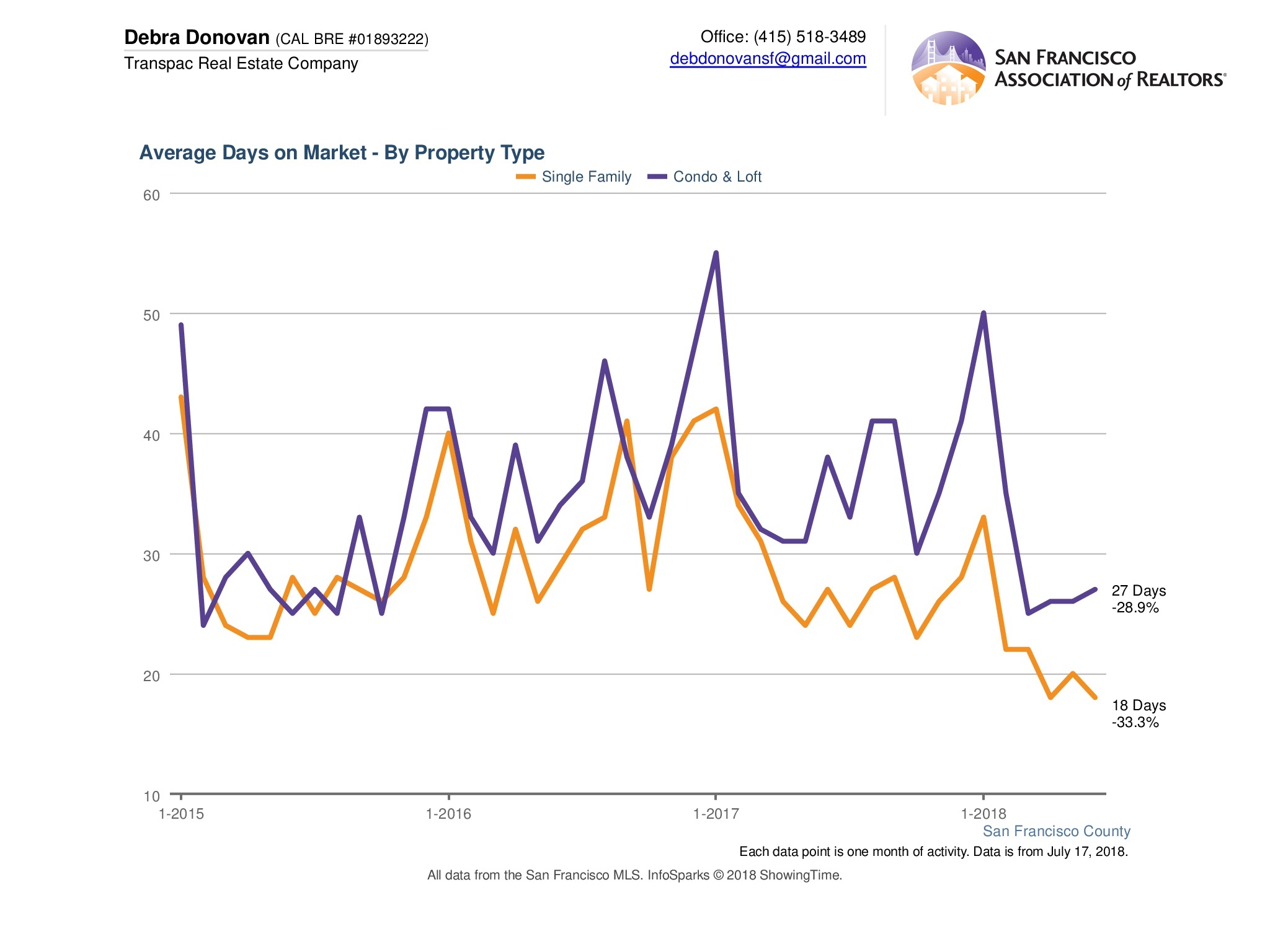 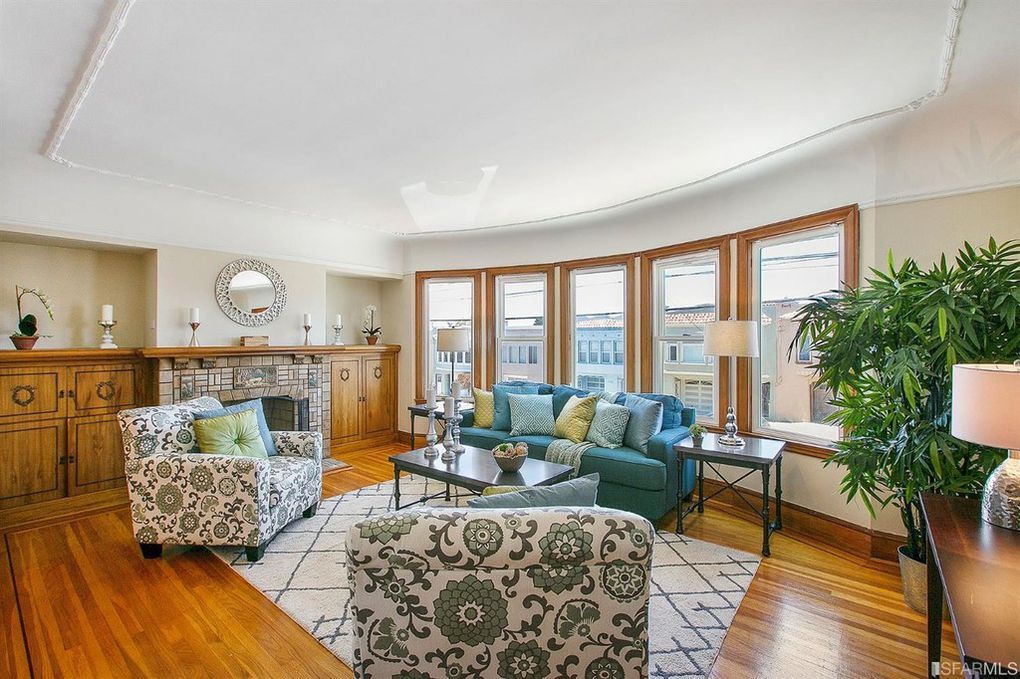 My favorite days are when I get to hand my clients the keys to their new home!  After a long search for just the right house to fit their expanding family, my happy clients are now proud first-time homeowners! We were up against 8 other buyers, and were not even the highest-priced offer, but we persevered!! While not always easy to do in this market, a well-prepared and qualified buyer combined with a strong offer and offer presentation can make a big difference.

They say good things come to those who wait, and in this case it’s certainly true. I first met this lovely couple about 5 years ago when they were dating and thinking of buying a BMR (Below Market Rate) condo to get in on the homeowner action. After a few months of looking, they decided to wait until they could afford the home they really wanted. Boy am I glad that they did! They put their nose to the grindstone, saved a lot, and got married. Now they’re getting ready to start their family in the home they worked so hard to achieve.

Many thanks to the listing agents for a smooth transaction. 2146 21st Ave, San Francisco.

Whether you’re planning to buy your first or your fifth home, I’m always here to help. Don’t hesitate to reach out!