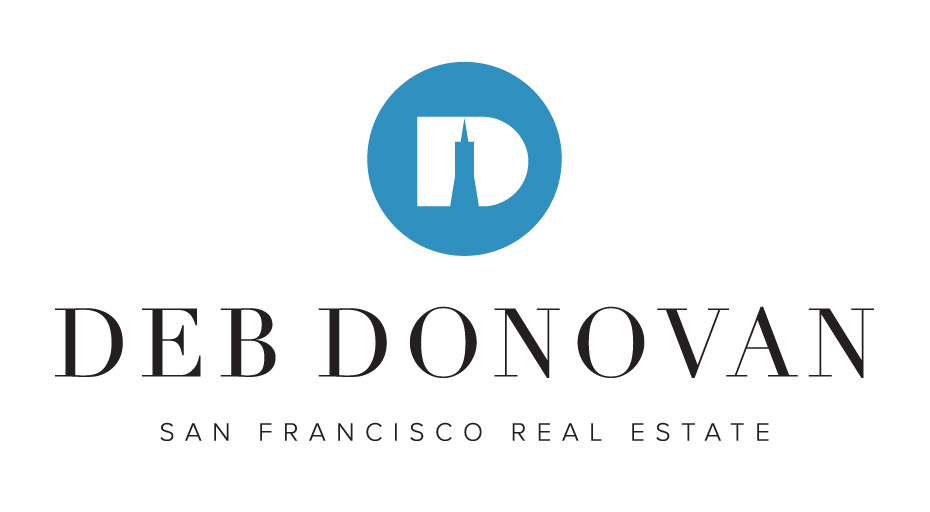 Single family homes continue to be the proverbial hottest ticket in town in San Francisco. Prices continue to rise as buyer demand increases. The condo market, which took a hit last year, continues to improve as inventory levels off and months supply of inventory decreases. Interest rates have been rising as well, so it will be interesting to see if this is a game-changer for buyers as we all await the June 15th projected reopened economy.

Prices for single family homes continue to rise due to supply/ demand pressures in the market. Single family home prices reached $1,755,000 in March, up over 11% compared to the previous year. The condo market also continues to improve, increasing from February to $1,221,184, down just 2.7% year-over-year. 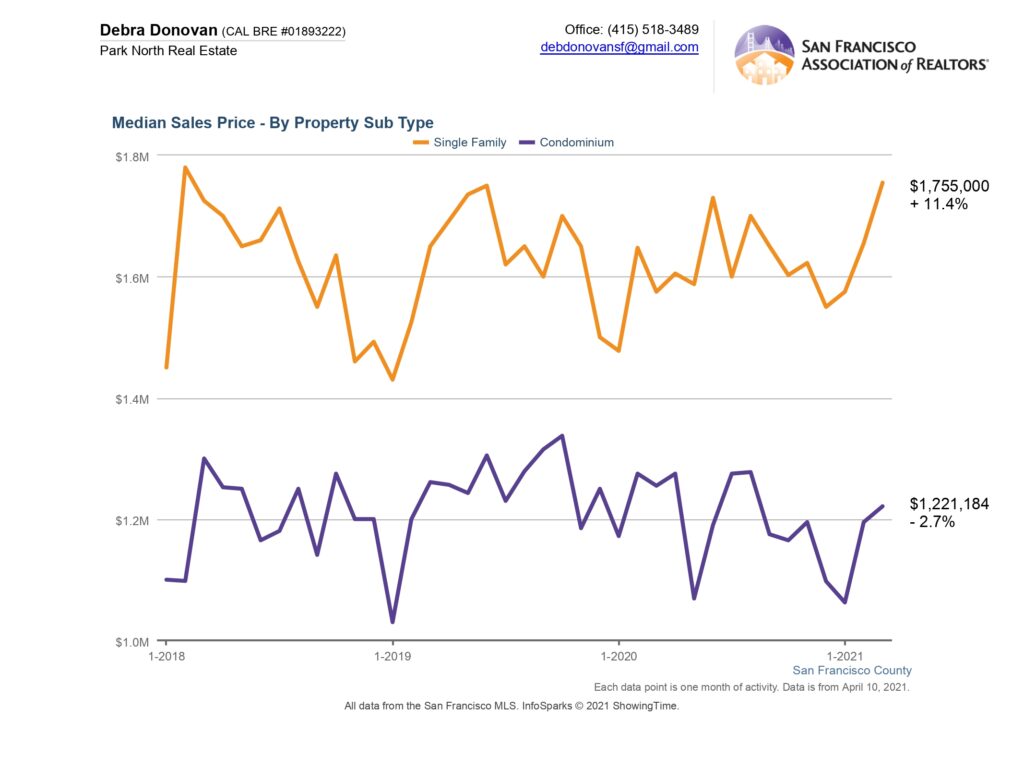 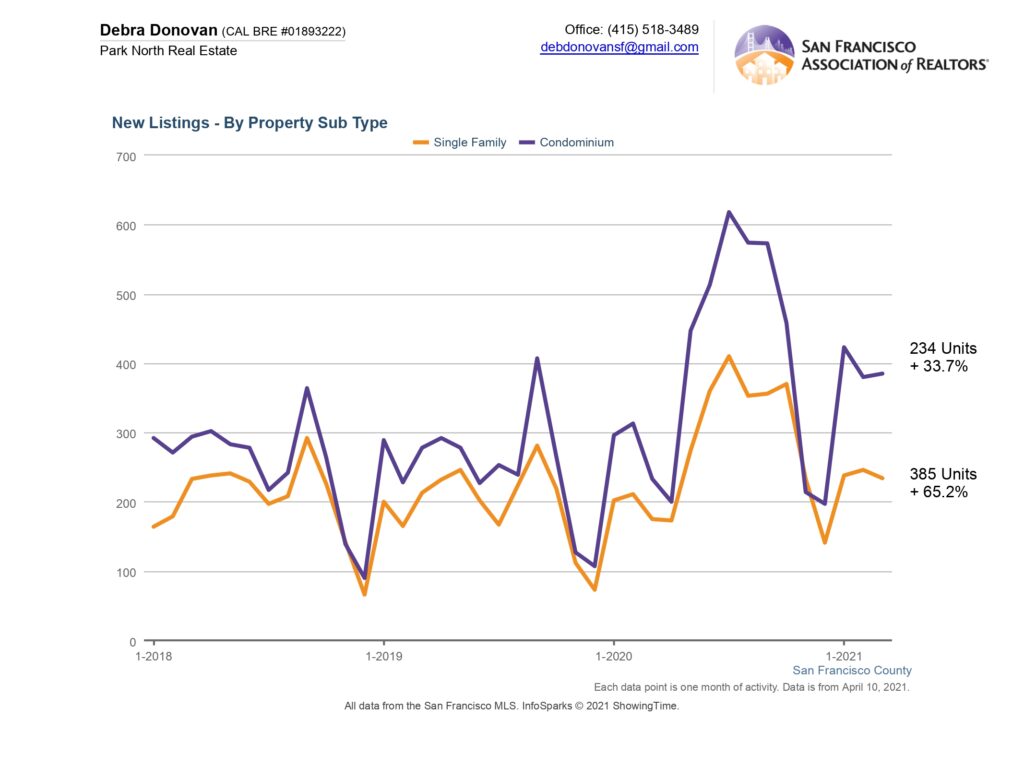 While new listings were up double-digits in March, active listings, which are the number of listings available for sale at the end of the month, were down for single family homes when compared to the same month last year. Active condo listings were conversely up in March, but have been steadily declining since last year. 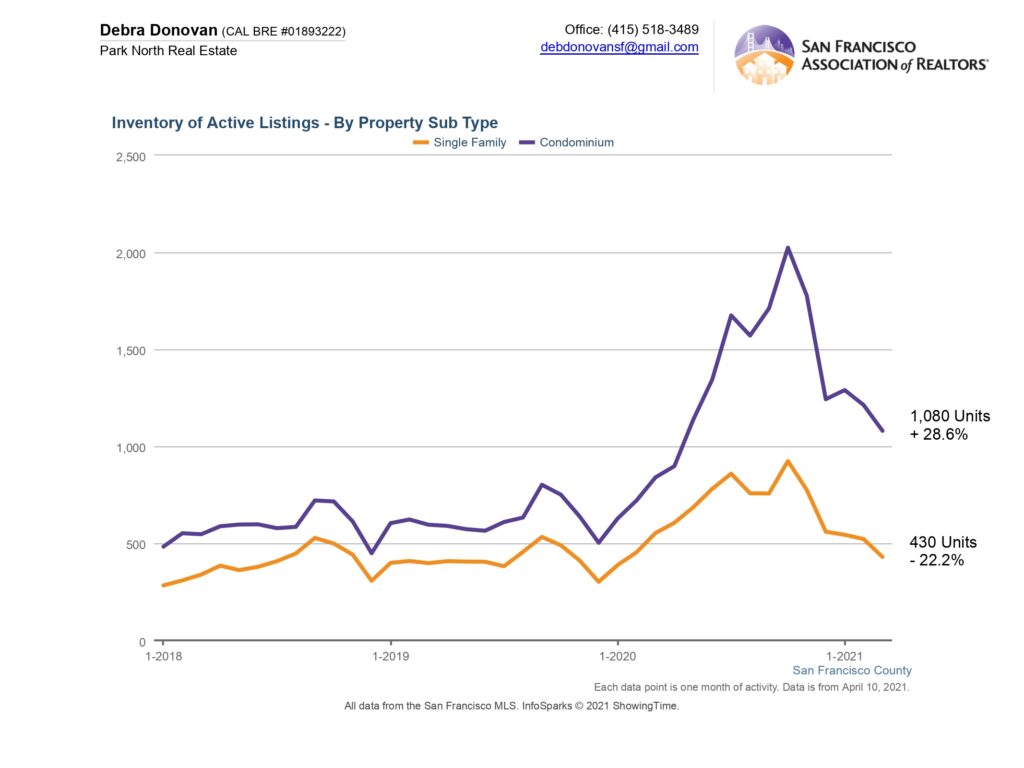 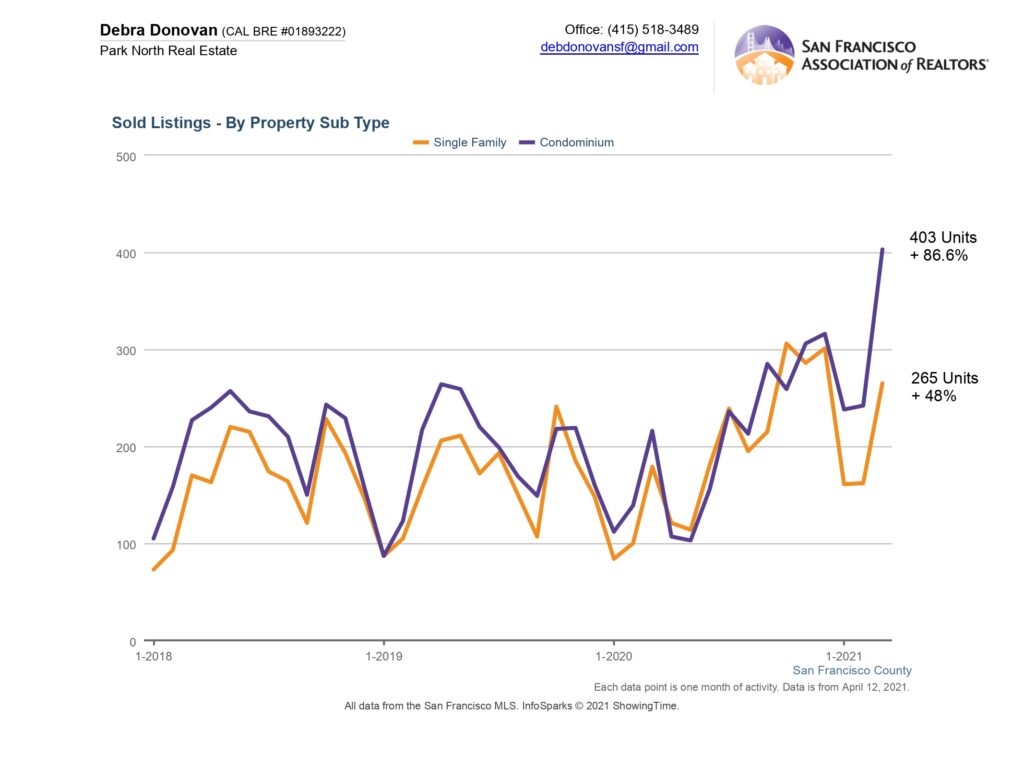 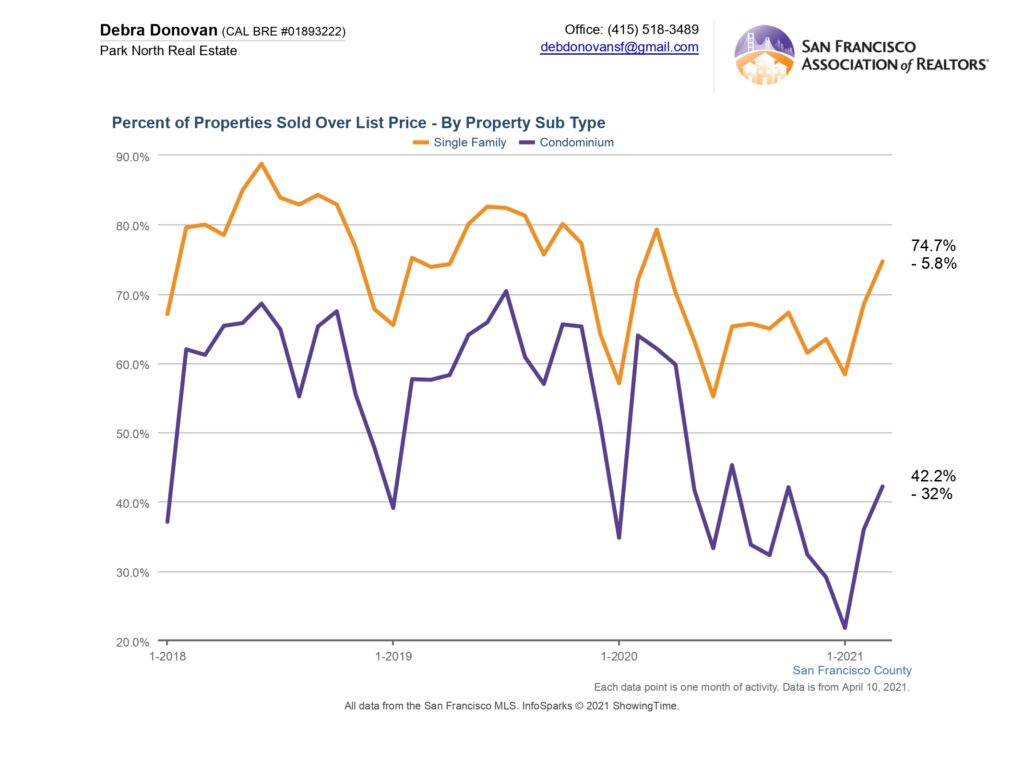 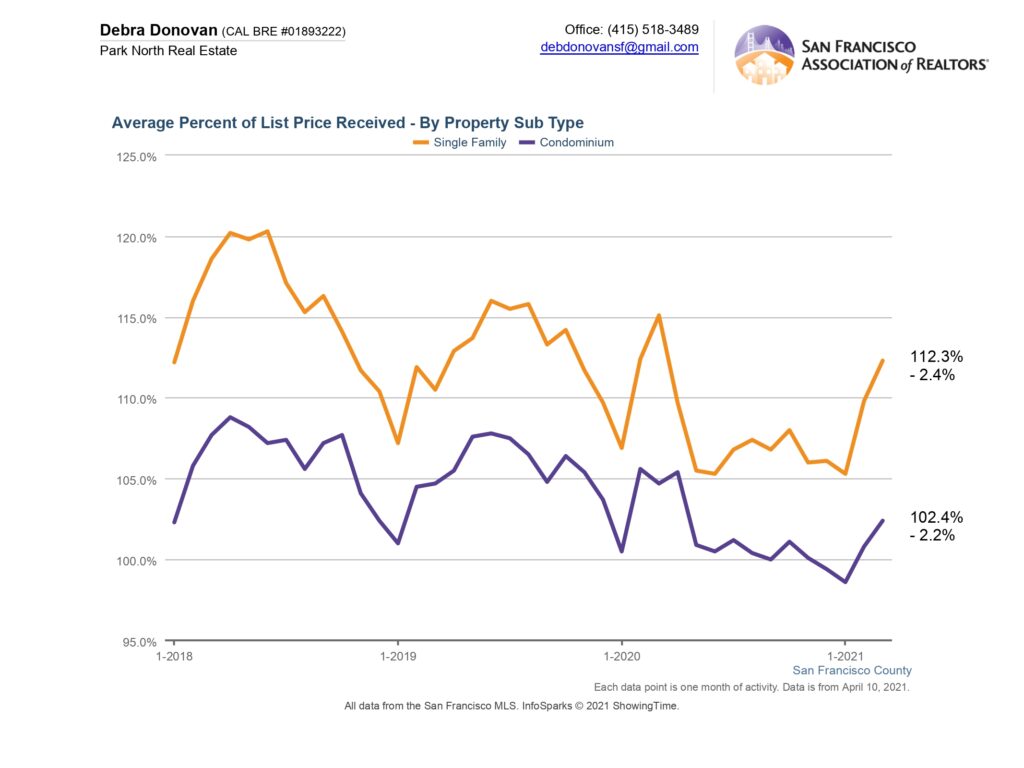 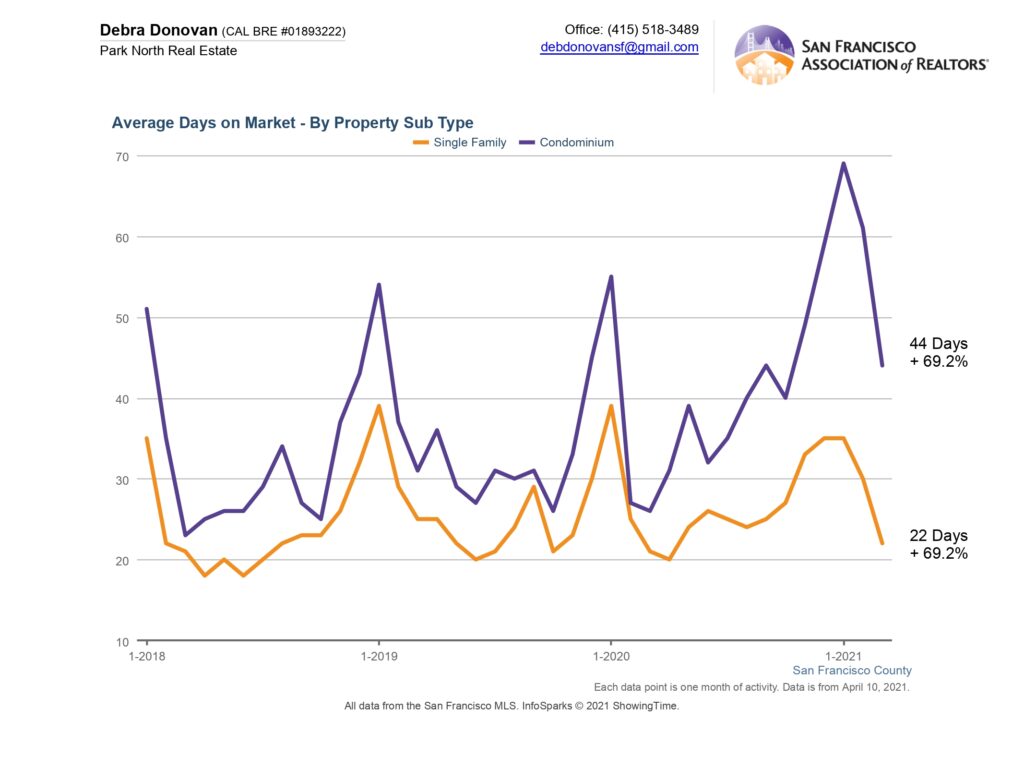 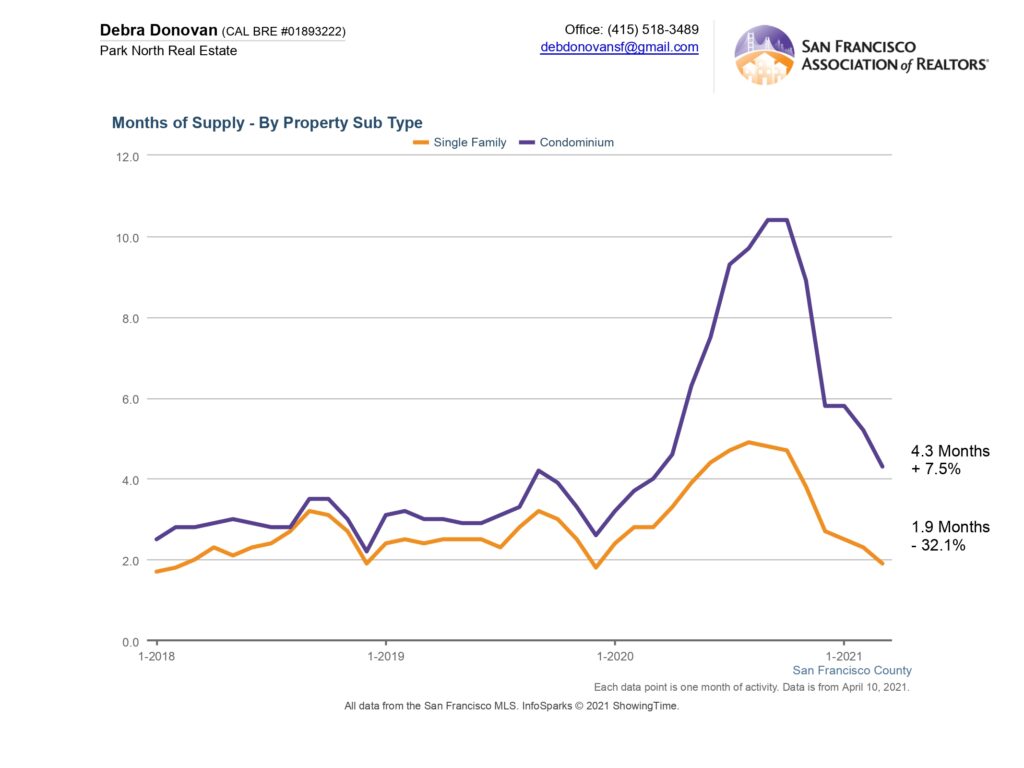