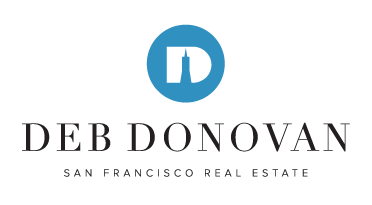 As we round the corner into month three of the Bay Area shelter-in-place, things seem to be slowly but surely opening up. In some ways real estate in San Francisco never fully closed, though our ways of conducting business has changed dramatically. Many sellers either pulled their properties off the market or postponed their on-market date, but not all did. And buyers were still out buying.

These are encouraging signs for Bay Area real estate because:

– This reflects the fact that this began as a health crisis, not an economic crisis.

– It reinforces that this is a short-term problem with a long-term solution once the virus is controlled.

– Motivation has not diminished.

In April home sales prices rose, with single family home prices reaching a new median high. Inventory remained anemic and well below seasonal norms. The good news is that as of this writing there is an uptick of properties on the market in May. All signs continue to point to properties selling relatively quickly and in some cases still with multiple offers.

Below are all of the statistics: 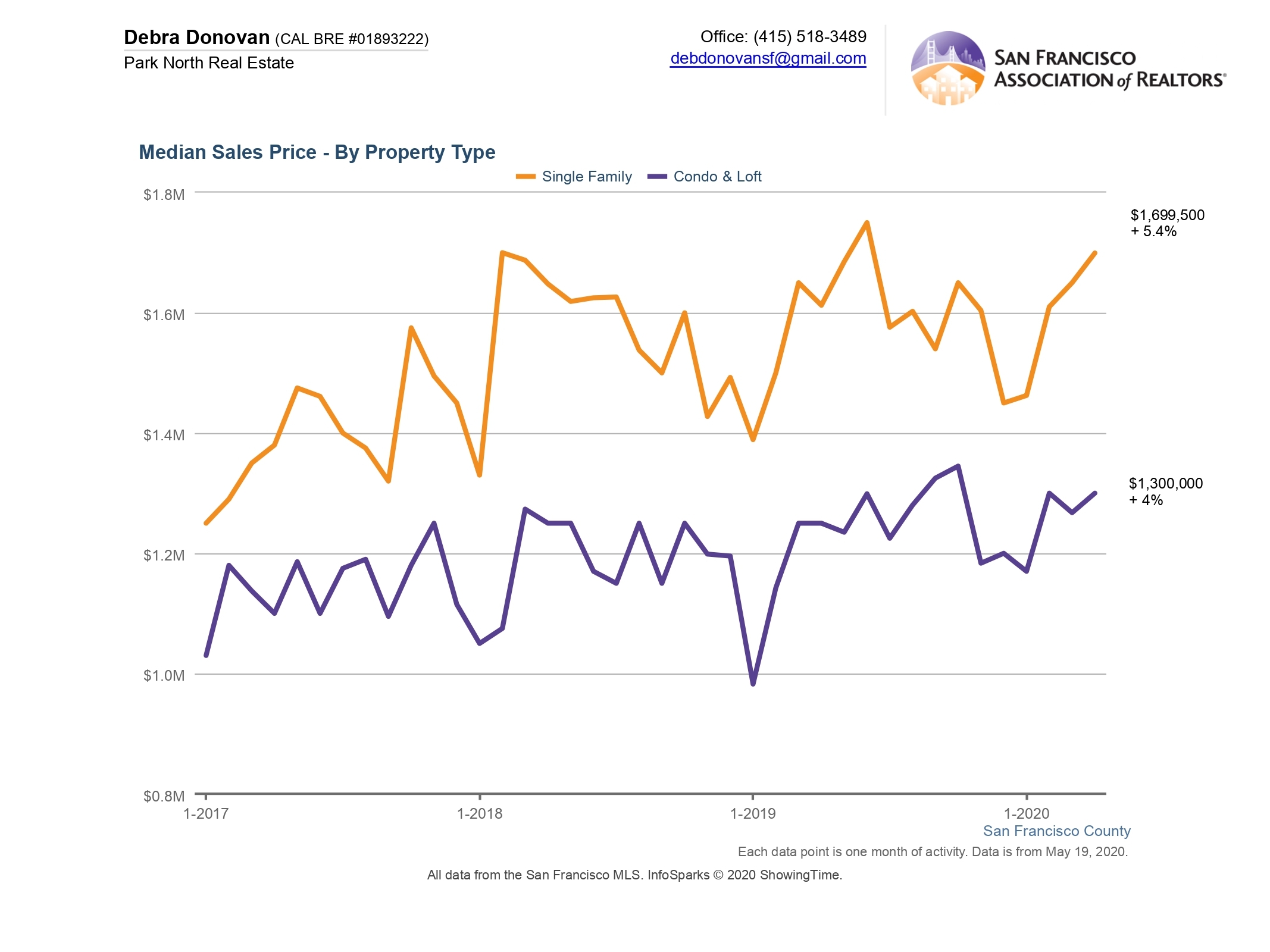 Many sellers are holding off putting their home on the market until the Shelter in Place is lifted. As a result an already deficient funnel of properties to buy has been exacerbated by the current pandemic slowdown. New listings in April were down by almost 60%. Single family home inventory was down more than 55% while condos and lofts were down almost 60% compared to the same month last year. They were both also down compared to March since by the time the shelter order was in place mid-month many listings were already on the market or in contract. 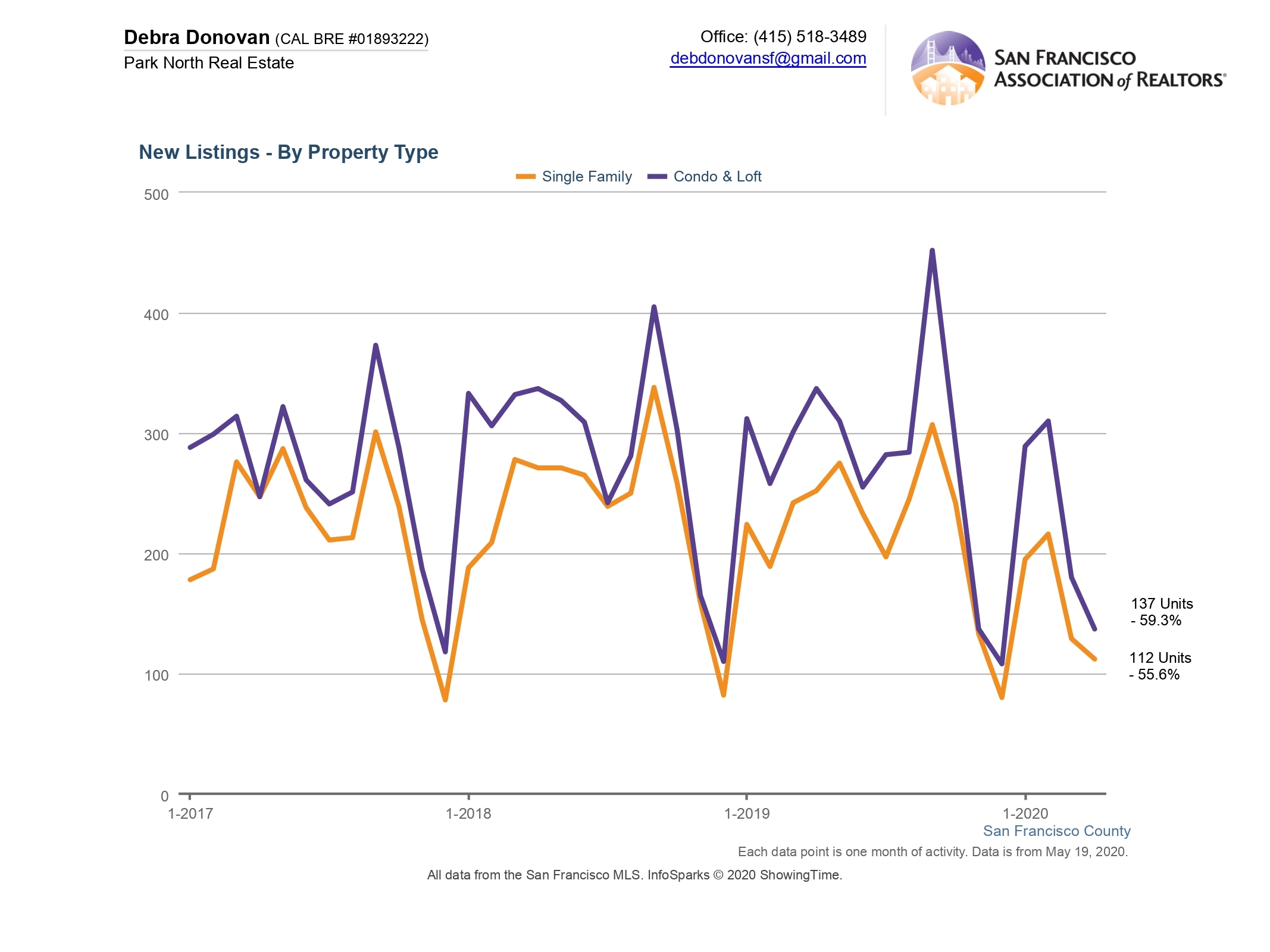 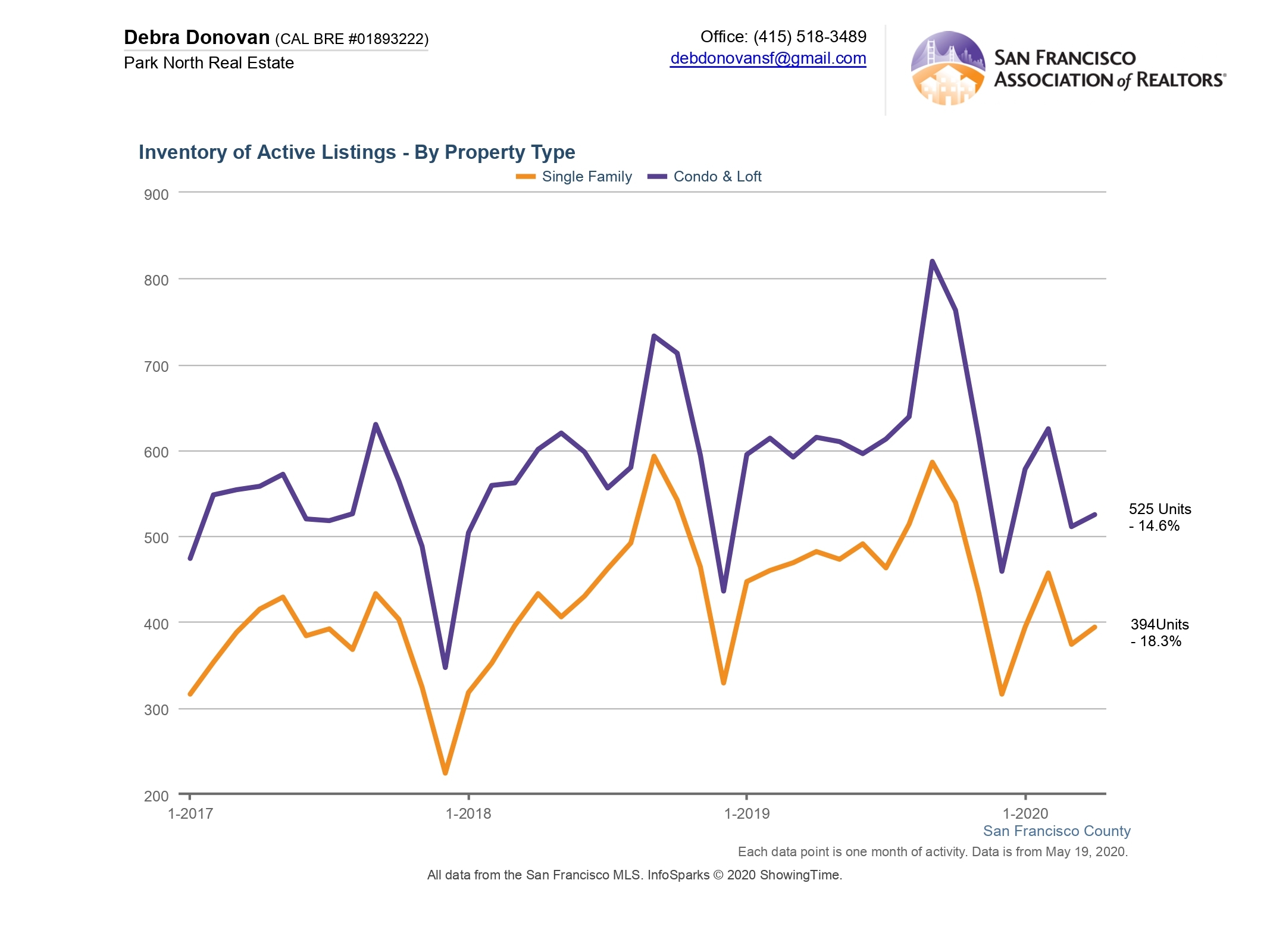 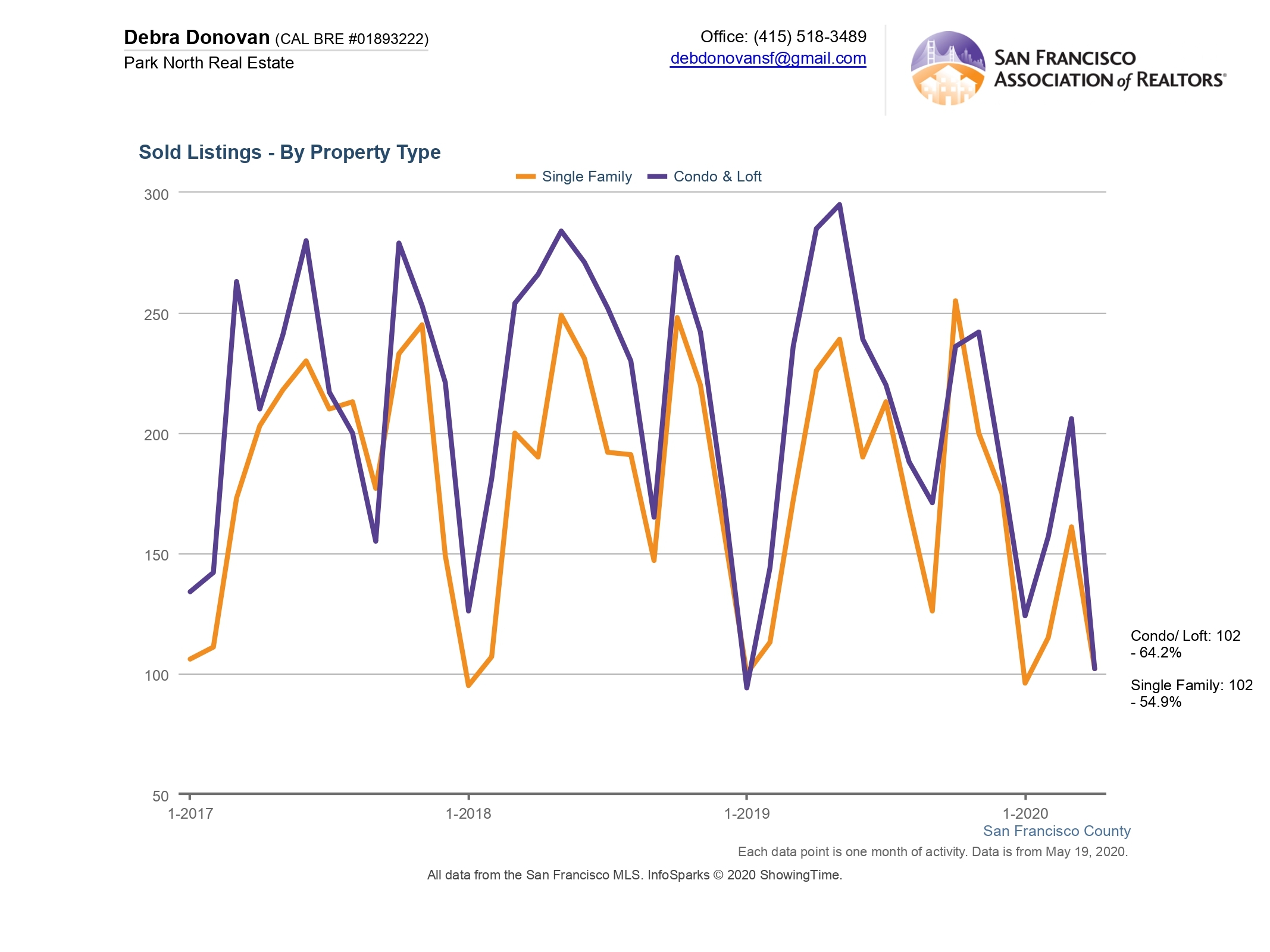 While the majority of homes in San Francisco sell for over their list price, the percentage of single family homes selling above decreased 7% compared to last April. This could be due to sellers using more transparent pricing. Condos and lofts, on the other hand, saw a 5% increase compared to last year with almost 60% selling over their asking price. 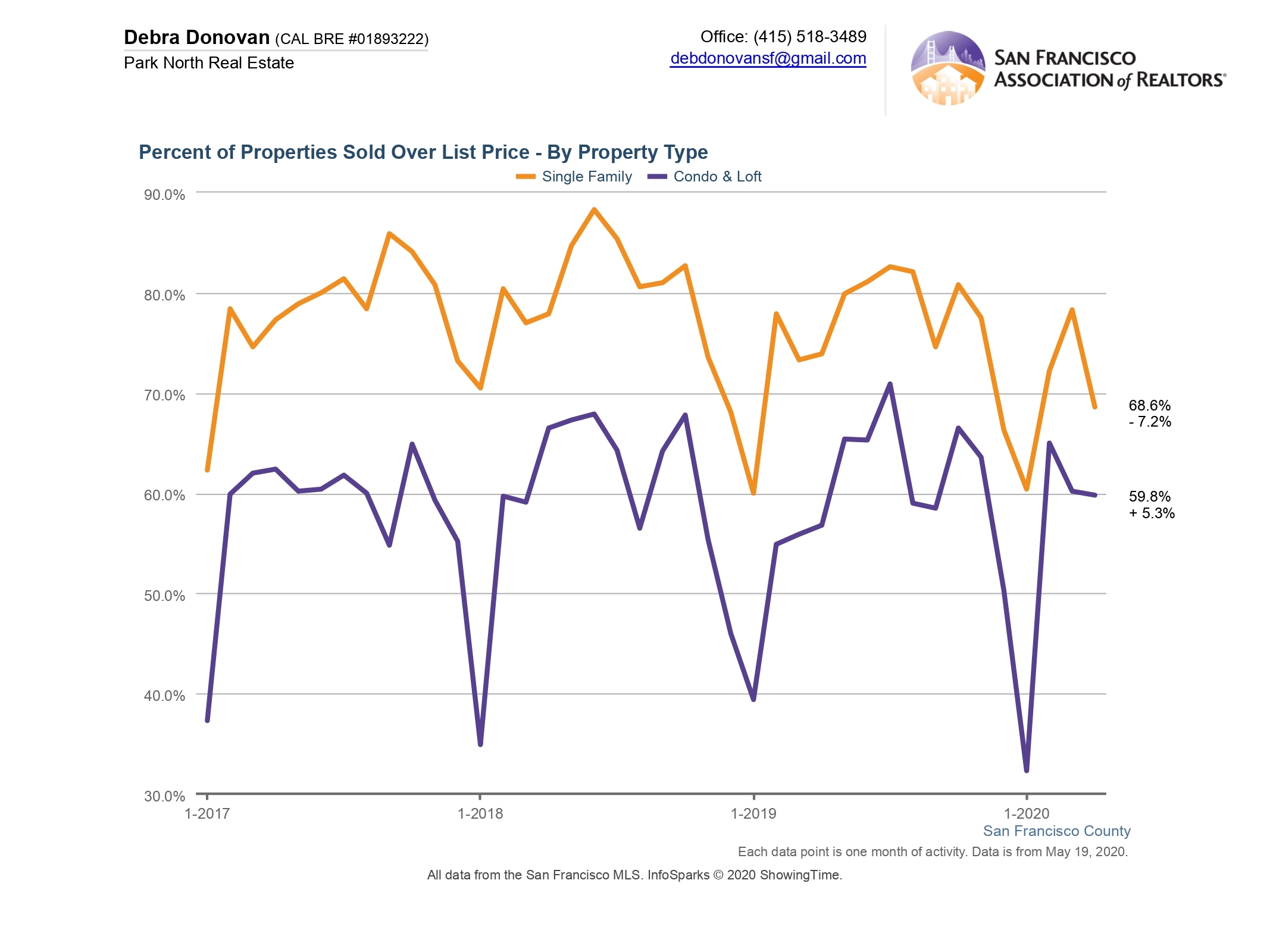 Again we may be seeing the results of more transparent pricing when looking at how much over asking properties received. Single family homes sold on average for about 9% over their list price, down 3.2% compared to last year while condos and lofts sold for an average of 6% over asking price, about the same as last year. 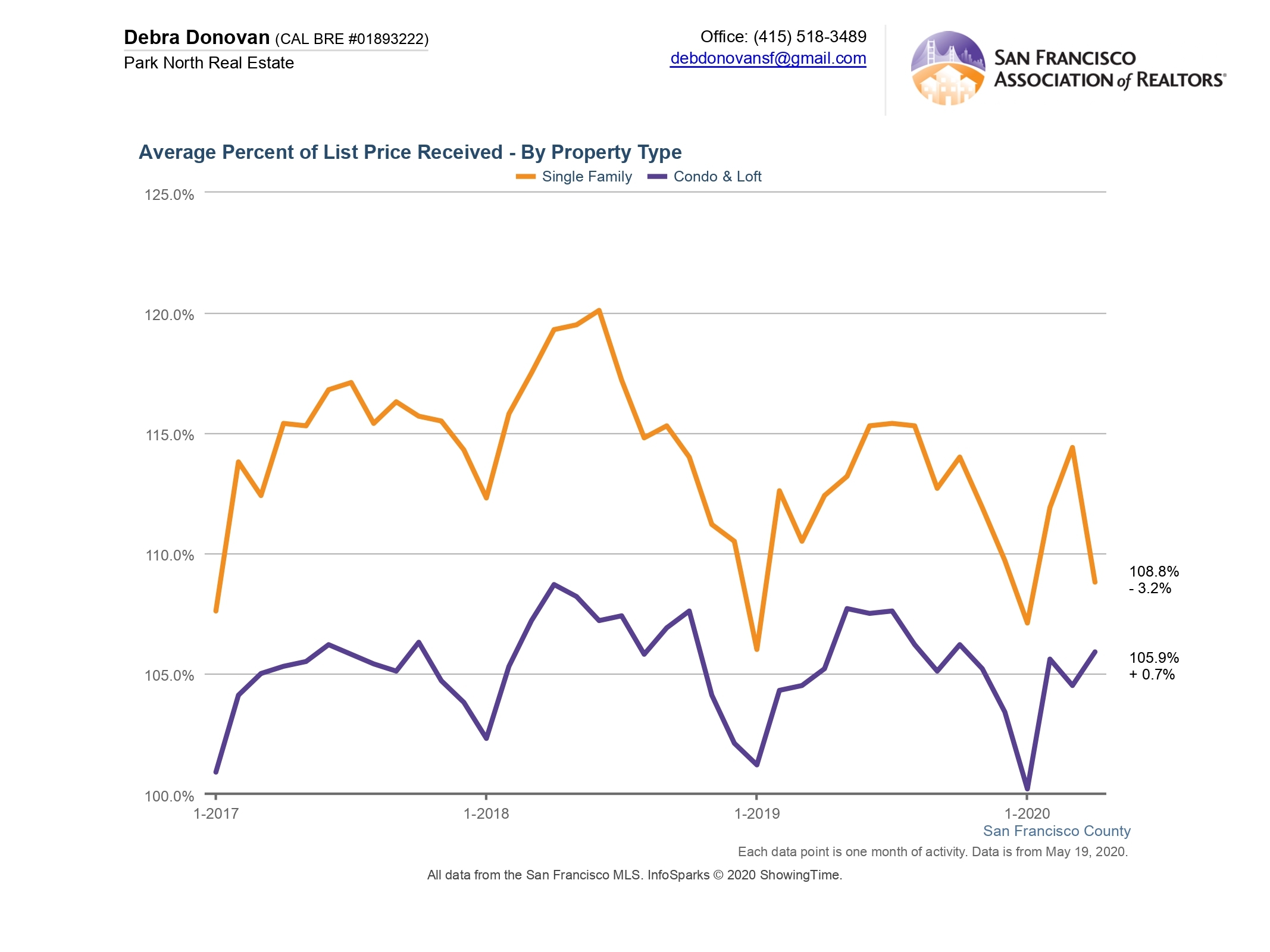 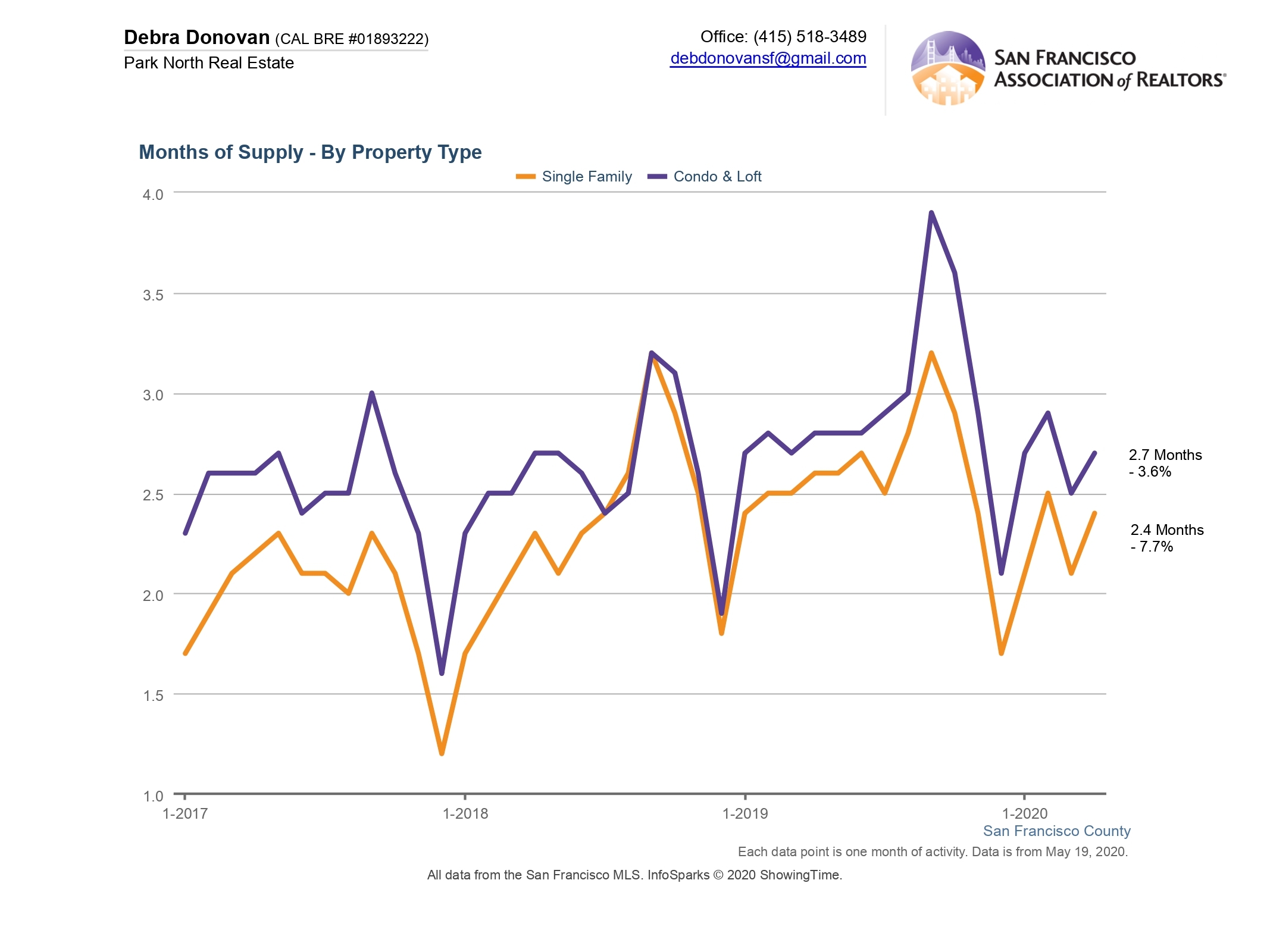